Former Indian cricketer, Vinod Kambli was rushed to Lilavati Hospital in Mumbai on Friday morning after suffering from a heart attack. His condition is now reported to be stable. He suffered the heart attack while driving.

According to IANS, Kambli was taken ill while he was driving from Chembur to Bandra and suddenly stopped the vehicle. A policewoman on duty, Sujata Patil noticed he could not drive and arranged to rush him to Lilavati Hospital in the city.

Hospital sources say he is under observation and undergoing various tests to determine his health condition.

Kambli was in news recently for his emotional outburst against Indian cricket legend Sachin Tendulkar, as he claimed that their friendship was over after the latter did not invite him to his farewell party earlier this month. 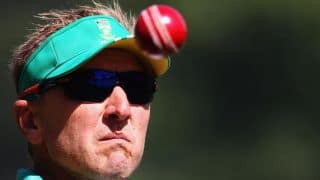