Virat Kohli and Rohit Sharma bang into each other while fielding

The present Indian side boasts some great athletic fielders. Some of these names would include Virat Kohli and Rohit Sharma. But on this particular occasion, they cut a sorry figure with their effort on the outfield. The incident occurred during the India vs Pakistan clash, during Asia Cup 2012.

At the point Pakistan were cruising at 231 for two. The last thing India wanted at that stage was a misfield of that sort. Umar Akmal, facing Ravi Ashwin nudged the ball to the leg side. In their zeal both Rohit and Kohli rushed towards the ball at amazing speed in order to restrict but the batsman to a single. Instead they collided into each other and the ball raced away beyond them. In the meanwhile Akmal and Younis Khan ran four runs. What should’ve been just one run ended up being four.

But the two batsmen made up adequately for the poor fielding with the bat. Kohli scored a career best of 183, while Rohit scored a steady 68 to help India chase down the target of 330 set by Pakistan. 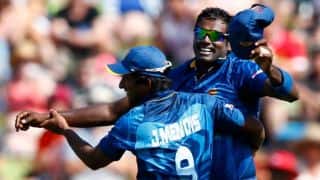 Steve Waugh’s The Ice Man: Confessions of a silent killer on the cricket fields