Retired Pakistan pace legend Wasim Akram is seen in an episode of ‘Cricket Extra’ along with former England cricketers Michael Atherton and Nasser Hussain. Akram is seen discussing a variety of tactics used by him during his illustrious career, his encounters against Hussain and Atherton in England, as well as the art of reverse-swing, which Akram was well-known for.

Among the several records and accomplishments in his career that lasted nearly two decades, Wasim Akram took 502 and 414 wickets in One-Day Internationals (ODI) and Tests respectively. He formed one of the most feared opening bowling combinations with Waqar Younis, the combination of which was known as ‘The Two W’s’. Among Akram’s finest moments was the 1992 World Cup final, in which he won the Man of the Match for his figures of 3 for 49, with his dismissals of Allan Lamb and Chris Lewis changing the course of the match in Pakistan’s favour. 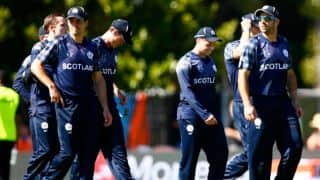