AB de Villiers  has been in red-hot form since his return from injury. Playing for South Africa against Bangladesh, de Villiers had hammered a 104-ball 176, his 25th ODI ton. He has continued his form for defending champions Titans in South Africa’s domestic T20 league.

De Villiers slammed a 19-ball 50 against Lions in their opening game; His onslaught on national teammate Kagiso Rabada was a delight to watch. De Villiers slammed Rabada for back-to-back sixes to help his side to a comfortable win; first six coming off a one-kneed sweep, while the second coming of a hook-shot that looked brutal.

De Villiers’ next outing for Titans is against Knights on Wednesday. 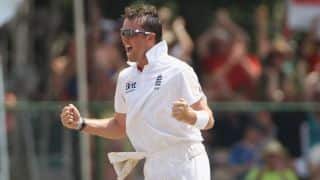