AB de Villiers was all over the internet when he took the 'spider-man' catch of Alex Hales.

AB de Villiers of Royal Challengers Bangalore (RCB) was all over the internet when he took the ‘Spider-Man’ catch of Alex Hales in Match 51 of Vivo IPL 2018 against Sunrisers Hyderabad (SRH). Hales had hit to ball firmly towards deep mid-wicket. There was little doubt that it was going for a six when de Villiers jumped in the air to grab a one-handed stunning catch to his right to dismiss him.

Question; is this catch from Ab De Villiers the best catch you ve seen.

Big call… what do you say? pic.twitter.com/HQcJFWJisC

In a video uploaded by the Global Tennis League YouTube channel a player named Rushi Bhoir took an almost similar catch near the boundary line to dismiss the batsman in a local tournament.

De Villiers was awarded the Man of the Match of that match for his innings of 69 off 39 as Royal Challengers Bangalore (RCB) won the match by 14 runs. RCB however failed to make it to the playoffs after their loss against Rajasthan Royals (RR) in match 53. 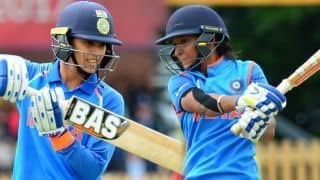