After skipper Kane Williamson's hundred, the Kiwis started collapsing and during this, Indian cricketer Akshar Patel grabbed a screamer from his right hand.

In last few years, fielding standards of Indian cricket team have surely went to the next level. Be it any one, players have continued to give examples of impressive athleticism with their fielding. One such example was witnessed during the recently concluded second One-Day International (ODI) between India and New Zealand at Feroz Shah Kotla Stadium of Delhi. It came into notice during New Zealand’s batting in the slog overs. After skipper Kane Williamson‘s hundred, the Kiwis started collapsing and during this, Indian cricketer Akshar Patel grabbed a screamer from his right hand. One should not forget that Akshar is naturally a left-handed player, so it was surely quite difficult for him to take that catch with his wrong hand.

On the first ball of 46th over, comeback man Anton Devcich, famous for his beard, tried to play a scoop shot over fine-leg on a slower delivery by Jasprit Bumrah but Akshar plucked the ball running backwards while in the air. The ball was travelling above his head but it was an extra-ordinary effort from Akshar who caught that screamer, kept his eye on the ball and grabbed it from his non-dominant hand. Devcich got out for only seven and after that Bumrah got another wicket in the same over.

Later, New Zealand ended their innings with the total of 242 for loss of nine-wickets, which India failed to chase as visitors won the game by six runs. The series is currently evenly poised with both teams having won a match each. The third ODI of the series will be played at Mohalion Sunday. 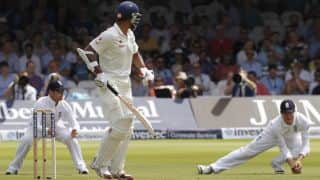 India vs England: BCCI agrees to use DRS for Test series 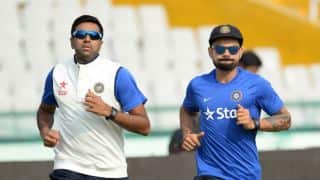