When it comes to Yo-Yo Test, 33-year-old Alastair Cook is an absolute machine

When it comes to Yo-Yo Test, 33-year-old Alastair Cook is an absolute machine

Yo-Yo test is the in thing in cricket these days with the test being the benchmark for fitness for all the top level international teams. Yo-Yo is is a 20-metre run which should be completed before a Beat .

While the test have been around for a while, the Indian cricket team adopted the method quite recently and Virat Kohli topped the test. Members of the England cricket team took the Yo-Yo test ahead of their home series against India, and guess who came out on top.

Yes, you read that right. In a video released by the England and Wales Cricket Board (ECB) Cook is seen completing the Yo-Yo Test clocking 3080 metres with many of his younger compatriots giving up early.

It is very brutal, no one looks forward to it, and Cook has obviously won it for last however many years, Jonny Bairstow, the England opener, says in the video adding, He is a machine, quite literally; he just keep going, When it comes to the Yo-Yo he is just doesn t stop. He is an absolute animal .

Another year, another yo-yo test!

According to a report in the Mumbai Mirror, England and New Zealand have Yo-Yo Test benchmark of 19 as much as Australia had set for their players before discontinuing with it about four years ago. For the South African players, it is 18.5 and for the Sri Lankans, it is 17.4. For the Pakistanis too, it is 17.4. India s, as per the report, is 16.1. 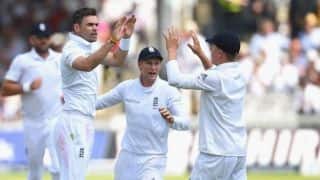 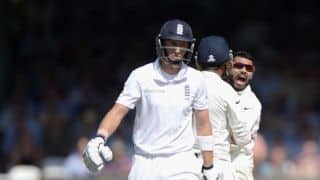