When Sachin Tendulkar was recalled to the crease

When Sachin Tendulkar was recalled to the crease
By CricketCountry Staff

In the 2006 DLF cup, played between India, West Indies and Australia, India in their second match against Australia managed to restrict them to 213. For any hope of a win, Australia knew they had to get that prized wicket of Sachin Tendulkar early, and they did get him or so they thought.

Glenn McGrath bowled a well-directed bouncer which Tendulkar attempted to pull but it hit his shoulder and went to Gilchrist, with Tendulkar missing it completely. The umpire adjudged him out, thinking that it was off his bat/glove. But when replays flashed on the big-screen the umpire realized he made an absolute howler and asked Sachin to return.

At this, Ricky Ponting was livid. Such a thing was unprecedented as umpires never reversed their decisions in those days. But Ponting’s worry was short-lived as Sachin got out a few balls later, only managing four runs. India lost that match by 18 runs in the end. The mighty Australian triumphed. 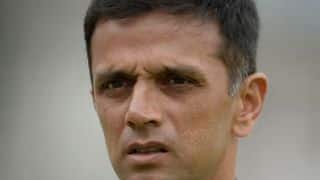