A video of West Indies team practicing ahead of the World T20 final against Sri Lanka at Colombo on Sunday.

The West Indies recorded their biggest T20 victory when they beat the Aussies by 74 runs after posting the highest total in this edition of 205-4, reported AFP.

Gayle, Kieron Pollard, Dwayne Bravo and Marlon Samuels made light of the slow pitch that was regarded as unsuited to aggressive batting, helping themselves to 55 runs in the final three overs.

Sri Lanka defeated the West Indies by nine wickets in a practice game before the tournament and again by the same margin in the Super Eights, but Gayle was confident of ruining the hosts' party on Sunday. 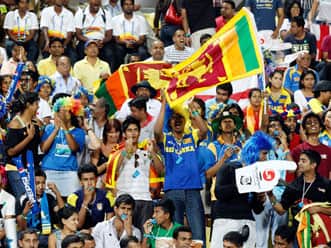