Ahead of the first ODI between Pakistan and Sri Lanka in Karachi, the Islanders' skipper Lahiru Thirimanne said that the focus should be on cricket rather than security.

Ahead of the first ODI between Pakistan and Sri Lanka in Karachi, the Islanders’ skipper Lahiru Thirimanne said that the focus should be on cricket rather than security.

“Yeah, the security has been really good. It is first class. We did not have any problems. The facility is really good. The focus should be on cricket rather than the security. The boys are really focused and ready to go,” ESPN Cricinfo quoted Thrimanne as saying.

“We have a lot of youngsters. Most of them are under 25, they have played a lot of domestic cricket and they have represented Sri Lanka earlier. They do not have any pressure, they are fresh. We have a good chance if we play to our potential,” he added.

Pakistan is hosting their first ODI in more than four years.

Earlier, International Cricket Council (ICC) confirmed Sri Lanka cricket team’s tour of Pakistan will go ahead as planned after the former was satisfied with the security in the country.

Sri Lanka Cricket (SLC) had sought the assistance of the country’s government for a reassessment of the security situation in Pakistan.

It had said the decision was taken following a warning the SLC received from the Prime Minister’s Office sent via the Ministry of Telecommunication, Foreign Employment and Sports regarding a possible terrorist threat to the team while touring Pakistan.On September 9, ten Sri Lankan players had chosen to not to join the series in Pakistan, citing security reasons.

The Sri Lankan team were on their way to Gaddafi Stadium in Lahore for a Test match with Pakistan in 2009 when terrorists believed to be from Taliban and Lashkar-e-Jhangvi (LeJ) fired indiscriminately at their bus. That attack left eight people dead and injured seven Sri Lankan players and staff.

Since then, international cricket has eluded Pakistan with no high-profile team visiting the country for a full-length tour.

However, Sri Lanka returned to Pakistan in October 2017 for a lone T20 match in Lahore, the place where the attack took place.

The side will take on Pakistan in three ODIs and as many T20Is. 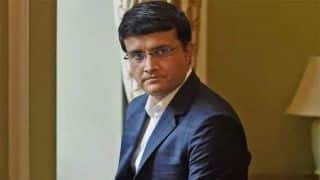 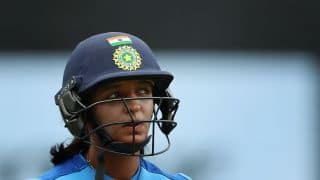