Zaheer combined grace with accumulation, which resulted in him being one of the feared batsmen.

Zaheer Abbas, Pakistan’s first middle-order champion, could light up fields and bring crowds to their feet with his silken drives, especially through cover; he combined grace with accumulation, which resulted in him being one of the feared batsmen — especially at home.

Let us look back at ten little-known facts about The Asian Bradman.

1. The namesake: This question used to make rounds in the Indian quiz circuits five years or so back: Name two Test cricketers called Syed Kirmani. The Indian wicket-keeper Syed Mujtaba Hussein Kirmani was not the first of that name to play Test cricket: Syed Zaheer Abbas Kirmani had made his debut seven years earlier.

2. Don of Asia: It is well-known that Zaheer, with 108 First-Class tons, is the only Asian batsman to have scored a hundred First-Class hundreds. He is way clear of the next two names on the list — Sunil Gavaskar and Sachin Tendulkar — who are ranked joint second with 81 hundreds. His insatiable appetite for runs had earned him the title of Asian Bradman.

3. Shepherding Shepherd: Zaheer used to be an incredibly swift runner between the wickets in his early days. On one occasion, during his halcyon days at Gloucestershire, he made his partner David Shepherd run so hard over a period of time that the latter fell flat on his back. One must remember that Shepherd was not as rotund in his cricketing days as he became later when he took field in the white coat.

4. The Abbas brethren: Zaheer was not the only Abbas brother to have played First-Class cricket. His brother Tatheer played 2 matches for Public Works Department, while Sagheer, the youngest, played as many as 93 — mostly for House Building Finance Corporation and Pakistan International Airlines.

5. The Indian enigma: Zaheer’s difference in averages at home (58.19) and overseas (36.87) is well-known. The numbers assumed ridiculous proportions when it came to India, against whom he had played nearly a quarter of his Tests.

6. Zaheer became the first Pakistani to both the 4,000- and 5,000-run marks in Tests. It was not only that: when Zaheer finished his Test career with 5,062 runs, Javed Miandad was the only other Pakistani to have gone past the 4,000 run-mark. Even today, he ranks sixth among all Pakistani batsmen in terms of runs.

7. The ODI giant: For a man who played his cricket in an era when ODI batting numbers had not assumed huge proportions, Zaheer had scored 2,572 runs at an average of 47.62 and a strike rate of 84.8. If one takes 1990 as the cut-off for the “new era” of cricket (when pinch-hitting coming into vogue) and puts a 2,000-run cut-off, Zaheer ranked third (after Dean Jones and Viv Richards) in averages and fourth (after Kapil Dev, Richards, and Saleem Malik) in terms of strike rates.

8.A hat-trick: Zaheer was also the first to score hundreds in three consecutive ODI innings, when he amassed 118 (in 86 balls) at Multan, 105 (82) at Lahore, and 113 (99) at Karachi — all against India in consecutive innings in 1982-83. The only others to have done it are Saeed Anwar, Herschelle Gibbs, AB de Villiers, and Quinton de Kock (is it me, or does it seem to be a monopoly of men in green)?

Note: Kumar Sangakkara has done 4-in-4 after writing this piece.

9. Five in a row: Not only was Zaheer the first to register 3 consecutive ODI hundreds, he also remains one of only two batsmen to have scored hundreds in 5 consecutive international innings, the other being Everton Weekes. All of Zaheer’s innings came in the 1982-83 home season against India, and all of them were scored at an outstanding pace.

[Note: Zaheer scored 25 not out in the next Test at Hyderabad, and then, without any dismissal in between, he added 113 more in the next ODI at Karachi.]

10. The two-innings man: Zaheer remains the only batsman to have scored a double-hundred and a hundred in a First-Class match 4 times. In fact, no one has achieved this thrice. To make the statistic more staggering, Zaheer never got out in any of these 8 innings. 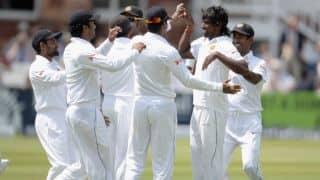 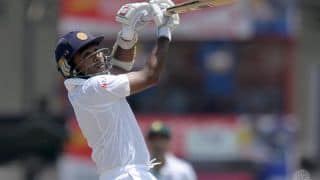