An India-Pakistan cricket match has the electrifying effect of bringing the two nations to a standstill. This match goes beyond just a cricket match; it brings into play extreme emotions whose roots can be traced to the bitter days of the Partition. 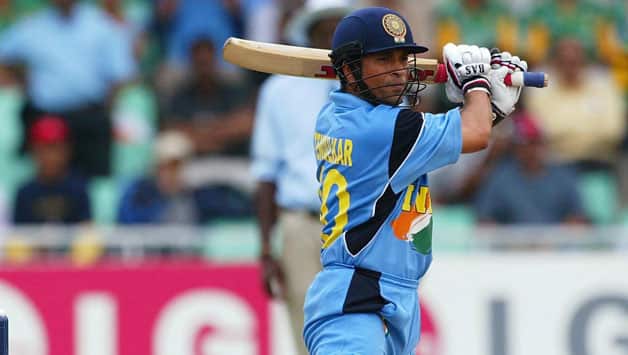 An India-Pakistan cricket match has the electrifying effect of bringing the two nations to a standstill. This match goes beyond just a cricket match; it brings into play extreme emotions whose roots can be traced to the bitter days of the Partition.

As the two subcontinental cricketing giants gear up to face each other for the first time since the 2011 World Cup, let us revisit some of the unforgettable moments in One-Day Internationals (ODIs) between the two nations.

An Imran Khan burst of 6 for14 packed off India for a meagre 125. What followed stunned everyone. A wicket that had a reputation of being one of the flattest in the world witnessed a side being bowled out for 87 in pursuit of 125. Kapil Dev scalped three with the others chipping in with a wicket or two. Sunil Gavaskar made amends for his batting failure by taking four catches. This game just proved the cliché that cricket is indeed a game of great uncertainties.

2. Saleem Malik snatching victory from the jaws of defeat at Kolkata, 2nd ODI at Kolkata, February 18, 1987

Saleem Malik played an unbelievable blinder that left the home side shell-shocked in front of the majestic Eden Gardens. In the 40 overs-a-side encounter, India put up a formidable 238 – thanks to an aggressive century by Krishnamachari Srikkanth. But if one thought Srikkanth was aggressive, Malik redefined the word a few hours down the line. Back then, a required rate of even six an over was considered difficult. Malik walked in at 161 for five, with the asking rate touching eight. From then on, Malik took on the Indian bowlers and stroked boundaries with ease. The fact that he smacked Kapil Dev for five fours in an over speaks volumes of his efforts. He rallied the tail well, taking singles off the last deliveries and scoring the bulk of the remaining runs. Pakistan overhauled the target with three balls to spare. Malik remained unbeaten on 72 off 36 balls with 11 fours and a six.

This was the first time the two nations faced each other in a World Cup. However, the cricket wasn’t as memorable as some of the antics of the players. Miandad, a very cheeky customer who was always up for a fight, wasn’t happy with an appeal made by Kiran More for a catch. Temperatures heated up as the two players engaged themselves in a war of words. Ultimately, Miandad mocked More by jumping up and down. The umpires reported the incident to the match referee who in turn asked the tour managers to deal with it. On the cricketing front, India had romped home to a comfortable 43 run victory.

Sharjah has witnessed innumerable India-Pakistan contests, but Javed Miandad’s six stands out as the defining moment. India batted first and scored 245. Pakistan’s chase was anchored by Miandad, who fought hard even as wickets fell at the other end. India were in firm control of the game till that fateful moment. Pakistan needed four off the last to win with nine wickets down and Miandad on strike. A young Chetan Sharma delivered a full toss which was bludgeoned out of the ground to spark wild celebrations in the Pakistan camp. It was a fatal blow as it psychologically dented the Indian team for years, a fact established by a study in a British Medical Journal. As Imran Khan said in an interview years later, that winning six made Miandad incredibly rich as money kept pouring from all over the world!

The pressure could not have been more intense for both sides – a World Cup quarter-final played in front of a massive crowd in India! Batting first, India were going steady towards a good total at the back of Navjot Singh Sidhu’s solid 93. As the end of the innings approached, India had lost a few wickets and were at 236 for six in the 46th over. Ajay Jadeja then decided to take matters in his own hand as he attacked Waqar Younis – the master of the in-swinging yorkers. The Pakistani spearhead found himself dispatched to all corners of the ground as his two consecutive overs were taken for 18 and 22 runs. Jadeja (45 off 25 balls) waited for the yorkers and used his strength to hit them out of the ground. That calculated onslaught took India to an imposing 287, a target that proved too much for Pakistan.

If Jadeja’s spectacular batting inspired India, it was Venkatesh Prasad’s wicket of Aamer Sohail that set the ball rolling for an India victory. Chasing 287, Pakistan were going strong at 113 for one. Prasad and Sohail were involved in a confrontation that saw the Pakistani opener making gestures at the Indian fast bowler. After conceding a boundary and exchanging ‘pleasantries’, Prasad disturbed Sohail’s woodwork as Sohail attempted an ugly heave over the on side. Prasad rubbed salt on the batsman’s wounds by giving him the marching orders. This allowed India to regain control as they strangled the rest of the Pakistani batting towards a 39 run defeat.

Anwar always reserved his best against the old competitors and the 194 at Chennai bears testament to that fact. Viv Richards’s remarkable knock of 189 not out was overhauled by Anwar’s splendid effort in testing conditions at Chennai. Batting first, Anwar single-handedly led Pakistan’s charge with a remarkable exhibition of one-day batting. Although, he had the luxury of a runner for most of his innings, the quality of his knock cannot be ignored. At one point, he smashed Anil Kumble for three consecutive sixes in an over. On the verge of scoring the first double hundred in ODIs, Anwar lost his wicket while attempting a sweep. India fought hard with Rahul Dravid scoring a hundred, but were never in the game.

With the three match ODI series deadlocked at 1-1, Pakistan bowled India out for 216. The Pakistani captain and regular opener, Saeed Anwar chose to drop down the order and promote Ijaz Ahmed to his spot. What followed was absolute carnage as Ijaz made mince meat of the Indian bowlers. The target was never challenging, but was achieved in a small matter of 26.2 overs. Such was his belligerence that he struck nine sixes and ten fours to decimate any chances India had.

Cometh the hour, cometh the man. India and Pakistan faced-off after an interval of almost three years as a breakdown in diplomatic ties had deprived the world of their contests. Batting first Pakistan amassed 273, with Saeed Anwar scoring yet another century against India. It was an imposing target and Tendulkar walked into the ground a man possessed. He faced the first ball – something he didn’t do in previous games of the tournament – and dazzled from there. Shoaib Akhtar was earmarked for special treatment in his first over as Tendulkar played the trademark uppercut over third man for a massive six – a shot that may have exorcised the demons of Miandad’s hit. It seemed unreal that the fastest bowler in the world being treated with disdain as the next two deliveries were also dispatched to the boundary. That set the tone for India’s run chase and they maintained their unbeaten record in World Cups over their arch-rivals. Tendulkar fell agonisingly short (98 off 75 balls) of what would have been an amazing ton. It later emerged that he had spent sleepless nights prior to the high-octane encounter.

The 2005 series witnessed a remarkable fightback from the Pakistanis. Two games through the six match ODI series, India were 2-0 up and looked the stronger side. However, the tourists turned it around with some brilliant cricket, none more sparkling that Afridi’s mesmerising knock at Kanpur. India were restricted to 249 due to Naved-ul-Hassan’s effort. In reply, Afridi started off by making a mockery of India’s strategies. All the bowlers were taken to the cleaners as he stormed to the then second fastest hundred in ODI history (now third). When he was dismissed in the 15th over with the score at 131, Pakistan were well on course to a victory. Surprisingly, he got out trying to defend a delivery on a day he got everything off the middle.

Did Sachin Tendulkar's personal landmark come at a great cost to the team?