The news came out at 2.20 PM Indian time. And everything changed.

Indian Prime Minister Indira Gandhi was assassinated on October 31, 1984. Abhishek Mukherjee looks at India’s tour of Pakistan that was cancelled as a result.

The chill was beginning to set in New Delhi; the Indian Prime Minister Indira Gandhi was on her way to be interviewed by Peter Usinov for an Irish documentary; she was on her way out, walking through the gardens in 1 Safdarjung Road that she had known so well.

She was rushed to the All India Institute of Medical Sciences (AIIMS) by 9.30 AM. It took close to five hours of relentless efforts by the doctors to eventually announce that they, despite the best of their efforts, could not save her. As the news broke out, so did the anti-Sikh riots all over India. There were as many as over 8,000 reported deaths all over the country, over 3,000 of them being from Delhi alone.

Cricket paled into insignificance. However, there was an Indian team playing at Sialkot on the same day — and they were still playing when the news broke at 2.20 PM Indian time.

It was supposed to be a 3-Test tour and 3-ODI tour of Pakistan for India. Things started with an ODI at Quetta where Pakistan piled up 199 for 7 in the stipulated 40 overs before their seamers routed India for 153 where nobody scored more than 31.

Between the first ODI and the first Test came a fund-raising match for handicapped children at Rawalpindi: the Indians batted first and put up a dazzling exhibition of strokes. They scored 260 for 2 in 39 overs, with Anshuman Gaekwad, Dilip Vengsarkar, and Sandeep Patil all scoring fifties. Maninder Singh’s four-wicket haul then reduced Pakistan to 203 for 8.

After Pakistani captain Zaheer Abbas scored 168 not out to lift the home side to 428 for 9 in the first Test at Lahore, Azeem Hafeez wrecked the Indian line-up as they crumbled from 94 for 1 to 156. An 85-run opening partnership followed by Mohinder Amarnath’s 101 not out saved the Test for India.

Sunil Gavaskar, the Indian captain, lashed out at the Pakistani umpires after the Test: “Despite the best efforts of the Pakistan umpires to favour the home team we have managed to draw the Test and that is a miracle. Before embarking on the tour of Pakistan we expected close decisions, but what happened in the Lahore Test was pre-planned and pre-determined.” The comment did not go down very well.

The second Test at Faisalabad turned out to be a yawnathon: India piled up 500 with both Patil and Ravi Shastri hitting centuries. Pakistan went a step ahead: Mudassar Nazar scored 199 and Qasim Umar 210. The Test came to end as soon as Saleem Malik reached his hundred: Pakistan finished on 674 for 6.

The teams moved to Sialkot for the second ODI. Gavaskar had pulled out of the match, which meant that Amarnath would lead India for the only time in his career. Zaheer won the toss and put India in.

Gaekwad and Ghulam Parkar began well, adding 35; with Rashid Khan and Tahir Naqqash unable to break through Zaheer summoned Mudassar, who clean bowled both openers in quick succession. This brought Vengsarkar and Patil together.

For once Patil was reduced to a spectator as Vengsarkar dominated the Pakistan attack. Runs came quickly; Vengsarkar was particularly harsh on Tauseef Ahmed and Naqqash, and when Naved Anjum was brought on, 10 runs were taken of his first over.

The pair added 143 before Patil was bowled by Naqqash for an 83-ball 59. Amarnath held himself back and promoted Shastri; Vengsarkar eventually fell short of a well-deserved hundred, finishing unbeaten on a 102-ball 94. India finished their scheduled 40 overs.

The news reached Sialkot during the interval. The match was immediately called off, as was the tour (which included the third ODI at Peshawar and the third Test at Karachi). The squad returned to India.

On November 27, 1984, the Percy Norris, the British Deputy High Commissioner at Bombay, was shot at just before 8 AM. He was declared dead at 8.45 AM. The English tour to India was almost called off as a result but the authorities later decided otherwise. India won the first Test at Bombay, but England claimed the series winning the second Test at Delhi and the fourth Test at Madras. 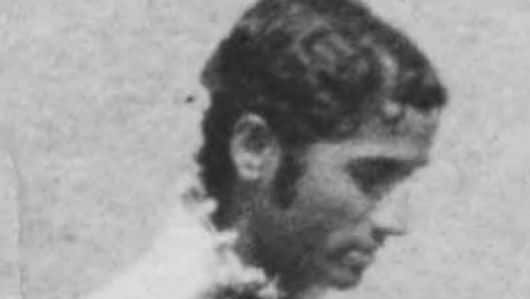