In an era where the stakes are high stakes, cricketing skills are not the only means to get at the opposition. These are times when the end justifies the means and sledging is one such method, seen in all its 'glory’ in the just-concluded Ashes Test Down Under. In a two-part series, Nishad Pai Vaidya lists some infamous sledges. 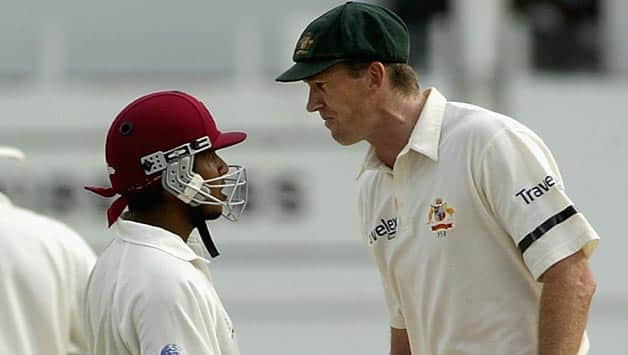 In an era where the stakes are high stakes, cricketing skills are not the only means to get at the opposition. These are times when the end justifies the means and sledging is one such method, seen in all its ‘glory’ in the just-concluded Ashes Test Down Under. In a two-part series, Nishad Pai Vaidya lists some infamous sledges.

Kumar Sangakkara is suave. Even when he decides to have a go at the opposition, he does it in style.  When he went after Shaun Pollock during a crucial 2003 World Cup encounter against South Africa at Durban, the world was amazed. South Africa were battling to qualify for the Super Sixes and needed to beat Sri Lanka. Needing 120 more to win in a little over 20 overs, South Africa were in trouble at 149 for five in the 30th over when skipper Pollock came out to bat.

Sangakkara chirped from behind the stumps as Pollock readied himself to take strike. The Sri Lankan just described the enormity of the whole situation by speaking about the “weight of all expectations” with “42 million supporters depending on Shaun.” In between, there was also a mention of “letting the country down.” Pollock scored 25 and South Africa tied the game and were edged out in dramatic circumstances.

As West Indies made a tough fight out of a target of 418 at Antigua, Glenn McGrath decided to have a go at Ramnaresh Sarwan. The Australian asked the batsman, “How does Brian Lara’s d*** taste?”

All hell broke loose. While Sarwan may have said it in the heat of the moment, little did he realise that McGrath’s wife was suffering from cancer and his comment hurt the paceman. McGrath gave Sarwan a tongue-lashing in the middle of the pitch and the picture of the confrontation between the towering McGrath and the diminutive Sarwan is among the ugliest of on-field showdown between players. Trueman was a character and never took a kind view of catches being dropped off his bowling. During a Test match, Subba Row wasn’t able to hold on to a chance in the slips and it went between his legs. He immediately apologied to Trueman, “Sorry, Fred, should have kept my legs together.”

To which, Trueman replied, “Not you son, your mother should ’ave!”

A player sledging his teammate! How many times have we seen that? But, Trueman was a unique character.

On the biggest stage, Aamir Sohail decided to unleash a powerful line to one of the game’s greatest all-rounders. Ian Botham had famously said that, “Pakistan is the sort of place every man should send his mother-in-law to, for a month, all expenses paid.” So, when he was dismissed for a duck during the 1992 World Cup final against Pakistan at Melbourne, it was the best time for Sohail’s payback. As Botham was walking back, Sohail said, “Who is coming in next? Your mother-in-law?”

With temperatures running high during the ill-tempered Bodyline series, there was a lot of bad blood between the two units. The Australians viewed the English skipper Douglas Jardine as an antagonist due to his tactics. So, when one of them called him a “b******” from the slips, he was quick to complain to his Australian counterpart Bill Woodfull. The Aussie approached his troops and asked them, “Which of you b******* called this b****** a b******?” Viv Richards missed a few deliveries off Glamorgan fast bowler Greg Thomas. At this point, Thomas made the cardinal mistakes of telling the great West Indian, “It is round, it is red and it weighs five ounces.”

Richards smashed the next ball over the boundary for a huge six and retorted, “You know what it looks like. Now go find it.” 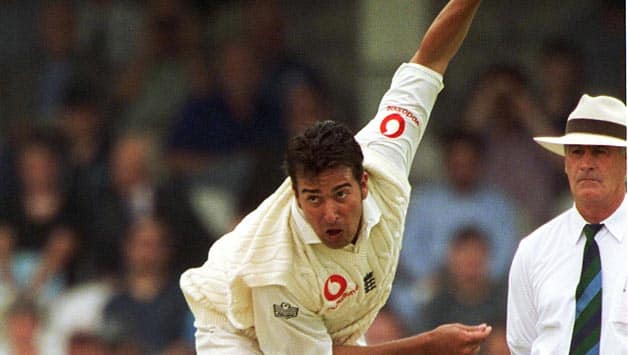 7. James Ormond vs Mark Waugh, England vs Australia, The Oval, 2001

Fast bowler James Ormond made his Test debut for England at The Oval in 2001 by which time England had already lost the Ashes. Mark Waugh wasn’t too impressed with Ormond and told him that he wasn’t good enough for the highest level. Ormond’s reply was witty, “May be not, but at least I am the best player in my family!”

As Zimbabwe were staring at a huge defeat to South Africa in a Test match at Centurion in 2005, Mark Boucher decided to have a bit of fun of his own when he had a go at Zimbabwe’s young captain Tatenda Taibu. As Taibu defended a Nicky Boje delivery, Boucher said, “The only time you look to score is when you have got only one seamer on the field.” As Taibu drove the ball to the covers, Boucher taunted him, “That is a big shot Tatenda. Where was your mouth at Cape Town? When we had a full seaming attack. We have got one seamer and all of a sudden you have got a big mouth man.” Finishing it off, Boucher had an even stronger taunt up his sleeve, “I am going to get out now because you may be averaging in single figures on this tour. What are you averaging? You must know your average. Nine? Ten? Nine or 10? I think it is nine. Maybe 9.5. So, we will give you 10.” What mocking! On his way to a triple century, Sehwag had a few words with Shoaib Akhtar. The Pakistani paceman tried to tempt him and bowled a barrage of short deliveries and asked Sehwag to hook them. After being repeatedly asked to hook, Sehwag apparently told the Pakistani fielders, “Yeh Ball daal raha hai ya bhik maang raha hai?” (Hindi for: Is he bowling or is he begging?) No list on sledging can be complete without the inimitable Merv Hughes. And, on this occasion, he had a fierce competitor in Javed Miandad. It is said that Miandad called Hughes a “fat bus conductor.” Of course, Hughes didn’t take it well. Hughes told ESPNcricinfo that the Australians had decided not to target Miandad with words, but once the Pakistani batsman gave him a piece of his mind, the Aussie fast-bowler got him out. As Miandad walked back, Hughes said, “Tickets, please!”