After missing out the Ahmedabad Test against India, Monty Panesar came into the side in Mumbai and had a major impact straight away © PTI

England’s left-arm spinner stood to gain the most from Indian captain MS Dhoni’s demand for a rank turner in the second Test between the two sides at Mumbai. After missing out in the Ahmedabad Test, Panesar came in and had a major impact on Day One of the game where he helped his side bowl India out for just 327 in the first innings. But it was his spell in the second innings that helped England achieve the unthinkable, a victory to draw level in the four-match Test series. After England took a tricky lead of 86 runs in the first essay, Panesar picked up six wickets, eleven in the match, to bowl India out cheaply and setup a historic win for his side.

After losing the first Test, England displayed a good fightback in the second. They fought hard and to take a 100-plus lead in the first innings and were all set for a comprehensive victory after bowling out Pakistan for just 214 runs. Chasing 145 to win, their batting order collapsed as Pakistan’s Abdur Rehman earned his career best figures of six for 25. Rehman took two crucial wickets of captain Andrew Strauss and Kevin Pietersen, and chipped away at the middle order. He finally dismissed James Anderson to give his side a famous victory.

3. Rangana Herath’s six for 97 against England at Galle

After conceding a first-innings lead of 125 runs to Sri Lanka in the first Test at Galle, England did well to pull things back as they bowled the home side out for 214, needing 339 runs to win in two-and-a-half days. Rangana Herath, who picked up six wickets in the first innings, came to Sri Lanka’s rescue once again. He sent back both the England openers, Andrew Strauss and Alastair Cook, and ran through the middle-order to end with figures of six for 97 in the second innings. Sri Lanka won the second Test by 75 runs.

Vernon Philander has been South Africa’s most prolific wicket-taker in 2012.  England were chasing a steep total of 346 while the visitors were after the number one status. An in-form Philander ensured that the latter happened and finished with figures of five for 30. He sent back Alastair Cook, Andrew Strauss and Ian Bell with just 34 runs on the board and finished the tail to give his side a 51-run victory. 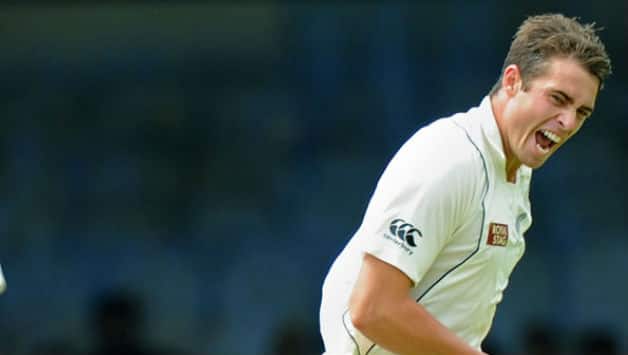 Just when the Lankans began to build a partnership, Tim Southee struck twice in a span of two overs to reduce Sri Lanka to 103 for five © AFP

After the New Zealand batsmen scored 413 in the first-innings, it was Tim Southee’s tremendous bowling performance that set up a huge win for the visitors. Southee left Sri Lanka tattering at seven for two as he sent back Tillakaratne Dilshan and Kumar Sangakkara in a jiffy. Just when the Lankans began to build a partnership, Southee struck twice in a span of two overs to reduce Sri Lanka to 103 for five. He then sent back Nuwan Kulasekara to finish with a fifer and give his side a good first innings lead. 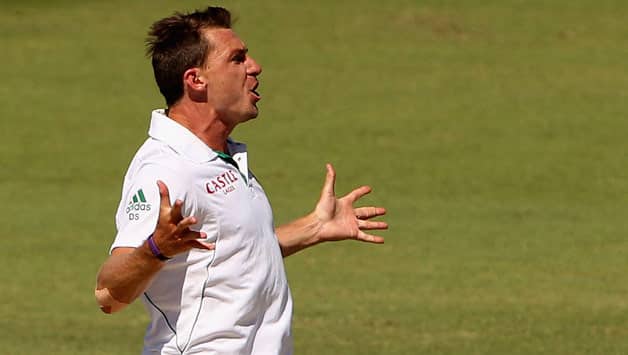 Dale Steyn bowled one of the fieriest spells of 2012 at the WACA wicket to help his side beat Australia in the final Test at Perth to win the series and retain their number one title. South Africa had their backs against the wall when they were bowled out for 225 on the first morning of the Perth Test, but Steyn pulled it back for them with a devastating spell of four for 40 as the home side was bundled out for 163 runs. This spell and the eventual first-innings lead set the tone of the game as the Proteas went on to win by a mammoth 309 runs to clinch the series 1-0.

In the first Test between England and West Indies at Lords, England pacer Stuart Broad earned his career best figures of seven for 72 as he tormented the visitors to bowl them out for just 243 runs on Day One. At 181 for four, the West Indies were looking set to end the day on a positive note but Broad had other plans. He struck to pick up the last six wickets of the West Indian innings to dismiss them cheaply and finish with figures of seven for 72. That inspiring spell from Broad was the foundation for England’s five wicket win in that match. James Anderson, who has had several forgettable tours to India, took the platform at Nagpur to undo all the lackluster performances from the past in the sub-continent. He bowled with great aggression and intent on a wicket that had a bit of extra bounce and good carry to pull the game away from India’s reach. He finished with figures of four for 81 in the first innings, restricting India to 326, four runs short of India’s first innings total.

Graeme Swann bowled a brilliant spell to keep England in the game for as long as possible as they stretched Sri Lanka, only to lose by 75 runs on the fourth day of the first Test. After conceding a first-innings lead of 125, Swann pulled things back for his side when he dismissed the likes of Lahiru Thirimanne, Kumar Sangakkara and Mahela Jayawardene cheaply and went on to get a crucial breakthrough by sending Thilan Samaraweera back to the pavilion. This splendid bowling helped England restrict the home side for just 214 runs in the second innings.

After suffering a heavy innings defeat in the first Test at Hyderabad, New Zealand went on to concede the second Test as well. But the Kiwis had a few positives to take back home after a hard series against India in the sub-continent. In the second Test at Bangalore, Tim Southee managed to pick up seven Indian wickets in a commendable fashion. This bowling performance also brought up his fiftieth Test wicket, giving him something to cheer about in an otherwise gloomy series for his side. 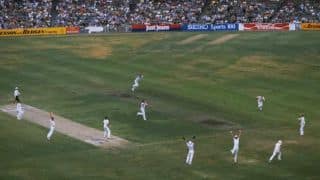 Ashes 1982-83: A thriller that ended in heartbreak for Australia