Afghanistan, Ireland and Nepal have made the right noises in 2013.

Any high voltage contest involving Test playing nations see jam packed stadiums. The feverish anticipation surrounding those top-tier matches that can leave you at the edge of your seats is a spectacle. However, have we ever thought that there is a world beyond that? Those Associate and Affiliate Members of the International Cricket Council (ICC) that play day-in-day out for the sake of sheer passion also have their place of pride in cricket.

In this article, let us look at some of the Associate countries who have leapfrogged from the depths of despair to lofty heights.

Afghanistan: In 2013, Afghanistan continued to excel in various ICC tournaments. From humble beginnings of Afghan locals playing against British soldiers in the 19th century, the war torn country has made rapid strides and even qualified for the 2015 World Cup to be held Down Under.

In 2013, under the able stewardship of former Pakistan left-arm seamer, Kabir Khan and Mohammad Nabi the captain, they etched memorable wins. They came second in the ICC World Cricket League resulting in their qualification for the big event for the first time. The wild celebrations back home, especially in Kabul gave an inkling to the kind of fan base of the team. They were required to win six straight games to qualify, and Afghanistan, by showing spunk and spirit, did the unthinkable by winning all the games. The way they thumped sides like Kenya, Scotland and company left everyone gasping for breath. In World T20 qualifiers too, barring the surprise loss to Netherlands, they were ultra-consistent, which saw them qualify for ICC World T20 2014 to be held in Bangladesh.

The only problem for them is that they just seem to have no answer, while playing against a professional unit like Ireland. In all formats, which includes the ICC Intercontinental Cup, they suffered defeats to them. Despite having a bowling line-up made up of quickies, who can bowl at good speeds and generate reverse swing, in Hamid Hassan, Shapoor Zadran, Dawlat Zadran and a few wily spinners, they have struggled to topple Ireland. Their batting too is strong. Mohammad Shahzad is famous for his helicopter shot and has made a name for himself. Former captain, Nawrooz Mangal is arguably their best batsman in terms of technique.

However, for all the riches in their batting and bowling departments, Afghanistan’s fielding leaves a lot to be desired. Hopefully under Kabir Khan, they can improve by leaps and bounds in that area.

Ireland: In the last six years, Ireland has created ripples in the cricketing circles by upsetting the apple-cart and beating sides like Pakistan and England in 2007 and 2011 World Cups respectively.

In 2013, they scaled new peaks by defeating every opponent that came their way. The one team that challenged them was Afghanistan. But even they were shown the exit door towards defeat on various occasions. For instance, recently in the Intercontinental Cup final, they bestrode Afghanistan. They have duly qualified for both, the ICC World T20 2014 and 2015 World Cup. Tim Murtagh, Niall O’Brian, Kevin O’Brian, Ed Joyce, Paul Sterling, Max Sorenson and company are already the twinkling stars of Associate cricket.

The major problem for Ireland is that they continue to lose their key players to England. This year, pacer Boyd Rankin, who resembles more like a giant from Gulliver’s fantasy land of Brobdingnag was picked up by England.

Nepal: The fairy tale story of 2013 came from Nepal. For long, known as perennial chokers, they finally climbed to the top of the ladder by qualifying for ICC World T20 after being placed third in the Qualifiers in United Arab Emirates (UAE). The kind of fan base Nepal have can leave anyone in a state of trance. It is hard to imagine the wild celebrations that would have taken place in Nepal after they qualified.

Nepal have had their fair share of problems with infrastructure, lack of domestic cricket and player strikes over the past. But with the firebrand captain Paras Khadka at the helm, they are certainly heading in the right direction. Basant Regmi, Veswekar, Khakurel, Subhash Malla are also fine players in their own right. Yes, some players have left Nepal in search of greener pastures. But the future of Nepal cricket is bright and they can light up the associate world with sterling performances in the near future indeed.

Nowadays, cricket has grown beyond a few Commonwealth teams playing the beautiful game. If Israel, under the able stewardship of medium-pacer and now coach, Herschal Gutman are striving to make cricket a harbinger of peace and harmony in the region, then a slew of Asian expats in Germany led by Asif Khan, Ehsan Latif, Sathya Srinivas and Milan Fernando are leaving no stone unturned to popularise the game in a football-mad nation. It is bearing fruit too with the game branching out to more people. Recently, a 19-year named Giancarlo Schöcke came through the ranks in Germany.

In Africa, Uganda are being touted as the next big thing to emerge from the continent. It is though, sad to see Kenya, after showcasing burgeoning potential, flounder to new depths in the Associate world. If we dig deep into the Associate and Affiliate world, then it is heartening to see that even a tiny land such as the Cook Islands are giving genuine hope that they can make progress through ICC’S leagues. Cricket certainly is in a good state as a new year beckons. 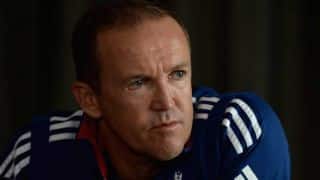