The year 2014 has seen numerous promising cricketers emerge on the world stage.

The year 2014 has seen numerous promising cricketers emerge on the world stage. Some have played only a few games, but have made the most of the opportunities have been enough to establish their obvious talent. Nishad Pai Vaidya picks 10 new players who made an impact in international cricket in 2014.

1. Sarfraz Ahmed: Though Sarfraz Ahmed made his international debut back in 2007, he arrived in full flow only this year. With Pakistan experimenting with the Akmal brothers across formats, Sarfraz’s chances were few and far in between. Once he got a permanent slot, he has been remarkably consistent with the bat and has established himself across formats. His three Test tons were proof of his class. Some of his performances in One-Day Internationals (ODIs) have earned him a spot at the top. Sarfraz is a stable wicketkeeper and his explosive batting has helped him cement his place ahead of the ICC World Cup 2015.

2. Gary Ballance: The ICC Emerging Player of the Year, Ballance has shown great consistency in his short career so far. A stable batsman with a sound technique and good temperament, he has shown the hunger for big runs. England have found a good No. 3 batsman in him after Jonathan Trott left the Ashes tour last year. While he is yet to find his own in ODIs, his domestic numbers suggest he has the ability to adapt to the shorter formats. Ballance has been prolific in Test cricket, where he has scored three tons this year.

3. Jos Buttler: Buttler had been identified as one for the future a few years ago. He became England’s No. 1 wicketkeeper-batsman across formats this year. One of the highlights of the year for him was his aggressive century against Sri Lanka at Lord’s that nearly won them the ODI. The other memorable moment for him was his Test debut against India at Southampton, an occasion he marked with a fifty.

4. Moeen Ali: Moeen is a treat to watch on his day. He has enough time on his hands before playing a shot and times the ball with all grace. His first Test ton came in testing circumstances against Sri Lanka at Headingley, an innings that nearly saved the game for England. Though India exploited his weakness against the short ball, he was in great form with the ball as his 19 wickets helped England bounce back in the series. When England toured Sri Lanka, he was promoted to open the batting and he played some blazing knocks, which included a brisk ton in the first ODI.

5. Matt Henry: After making his ODI debut against India in early 2014, Henry and has already made a mark in a handful of opportunities. He took four wickets on debut, and six matches through in his ODI career he has already taken 19 wickets. He took a five-wicket haul against Pakistan in Abu Dhabi to help New Zealand win the game and the series. Following a solitary ODI, he had also bagged a contract with the Chennai Super Kings (CSK).

6. Yasir Shah: When Saeed Ajmal was banned from bowling in international cricket, Pakistan fans were sceptical of their team’s performances in the Tests against Australia and New Zealand. The hopeless situation also helped Yasir Shah to come to the fore with some match-winning performances. He formed a good partnership with Zulfiqar Babar as they rattled the Australians into submission. Such was the impact of Yasir’s performances that it won him praise from Shane Warne.

7. Taskin Ahmed: When Taskin Ahmed made his international debut during the ICC World T20 2014, Bangladesh were excited to see this young tearaway. On his T20 International (T20I) debut against Australia, he was cheered for every delivery he bowled at the Sher-e-Bangla National Stadium, Dhaka. A few months later, he took a five-wicket haul on ODI debut against India. Though he has played only a few matches, one can say that he is certainly one for the future.

8. Akshar Patel: Akshar finished a successful 2014 with a Test call-up for the tour Down Under. He was relatively unknown when he was picked by the Kings XI Punjab (KXIP) in the Indian Premier League (IPL) 2014 auctions: he turned out to be one of the success stories for KXIP. With the ball he was frugal and controlled the flow of runs. With the bat he could pack a punch and add finishing touches. He has done well in his opportunities with the Indian team in ODIs. He has also proved to be a good option in the Powerplay.

9. Dilruwan Perera: Rangana Herath has shouldered the burden of the Sri Lankan spin attack since the retirement of Muttiah Muralitharan. In 2014, he found an able cohort in Dilruwan, who bowled some crucial spells with his off-spin. He has taken 36 wickets in seven Tests with three five-fors. He also is an able batsman, though his recent numbers do not reflect that

10. Chris Jordan: Jordan has moved from strength to strength in 2014. His bowling has proved to be very useful in both Tests and ODIs. He can be a decent batsman lower down the order as well. As a fielder, he is electric and particularly good in the slips. 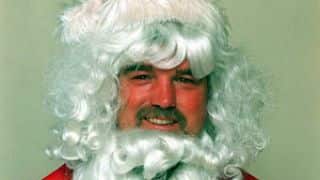