England Women, under the leadership of Heather Knight, had a monumental time in 2017. They grabbed their fourth World Cup title and managed to beat Australia in Australia. England s journey towards World Cup triumph was a remarkable one. Their victory in the final was nothing short of a Hollywood movie packed full of emotions, drama and suspense.

England s campaign received a huge boost after Sarah Taylor announced her return to international cricket. Their squad had the likes of Heather, Anya Shrubsole, Katherine Brunt and Tammy Beaumont sync in well with new comers such as Natalie Sciver, Jenny Gunn and Alex Heartly.

England breezed past Sri Lanka and New Zealand women in warm-up ties to be labelled as tournament favourites.

England faced off against India in their opening game of the World Cup. Fresh from a warm-up win, England bowling came under heavy fire by India s top-order. The likes of Katherine, Natalie and Anya displayed lack of match practice as well.

In reply, Heather and Fran Wilson kept the hosts in hunt but eventually collapsed. They went on to lose the game by 35 runs.

Fuelled by the loss, England thumped past Pakistan by a margin of 107 runs (DLS method). It was all hunky dory after that. They went past Sri Lanka and South Africa quite comfortably.

In what will be remembered as one of the most thrilling ties from 2017, England managed to outrun Australia by 3 runs. An all-round show by Katherine helped her side come out from a tight spot unscathed.

England came up with another clinical performance against New Zealand, beating them by 75 runs to qualify for the semi-finals. England s win had largely to do with a scintillating hundred from Natalie Sciver.

England crawled past a last-over thriller at Bristol to reach the final at Lord s. Sarah, Jenny and Fran Wilson helped England sneak past South Africa s bowling led by Marizanne and Ayabonga.

Anya picked up a career best 6 for 46 to make her childhood dream come true at Lord s.

England, in their last assignment in 2017, challenged Australia in Australia for the coveted Ashes trophy.

The 3-ODI series was tightly fought series beginning with first match at Brisbane. It went right down to the final over, where Alex Blackwell tipped Australia by 3 wickets. The second match was rain-truncated that saw an inspired show by Rachel Haynes who guided Australia to a 2-0 series victory.

With The Ashes on the line, England came back strongly in the final ODI of the series and kept their hopes alive. Alex Heartly and Natalie Sciver broke hosts middle-order apart.

England and Australia clashed in women’s first pink-ball Test. Tammy and Heather stuck fifties during England s 280 runs in the first innings. The bowling came under a lot of pressure: Ellyse Perry smote a 374-ball 213*.

Chasing a deficit of 168 runs, England survived Australia s bowling thanks to sturdy knocks by Heather and Georgia Elwiss.

With still a shot at the retaining the urn, both sides clashed in T20I series. England were overwhelmed by Australia in the first T20I. A loss here helped Australia regain the urn. England went on to register wins in the second and third T20Is to bag the series.

England women in 2017 reached the unprecedented heights and attained world-dominating levels. Their squad is full of experience and young blood that holds good news for them heading to 2018. 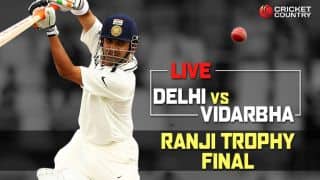