Cricket magazine spoke of the air-breaks achieved by Monty Noble.

Air-break, back-snatch, nap-trick. These are some of the many terms which were once used to describe cricket action but have become obsolete as the game has evolved. Arunabha Sengupta lists some of these along with their meanings and the first time they were used in known cricket literature.

Cricket boasts its own vocabulary – quaint, unique and enormous. From arm-ball to mullygrubber, there is a rich collection of words. Not only are they earmarked for the sole use of one sport, but many have also found their ways to the traditional English lexicon. Straight bat for example may speak of a worthy act, while chucking may not.

However, at the same time, there are many, many terms which had once been used to describe the game but have fallen away to become almost archaic as cricket has evolved into its modern version. It is fascinating to look at some of the cricketing words that were once in vogue but may sound curious to the modern ear.

Here is a collection of the same in alphabetical order, including the first instance of the individual words being used in known cricket literature.

2. Backer – We know of the obsolete fielding position long-stop. Backer seems another term used to denote the same. In 1827, Sheffield Memory notes, “A ball eluded their backer and the run was made.”

3. Back-snatch – A term to describe a type of delivery, presumably off-break. The Cricket in 1888 states, “He was one of the best of the original back-snatch school of trundlers, and for length and rapid break from off he has never been excelled.”

4. Back-ball – A hit behind the wicket. Bell’s Life mentions this while describing a single wicket match of 1842.

6. Bats Down – Another way of saying number of wickets fallen. In vogue in 1912.

7. Bounder – A fast grub of a delivery. The term appears in Wisden in 1872, where Southerton is said to be ‘bowled by a bounder’.

8. Clinker and Coaxer – unverified types of deliveries, used in the 1870s. Clinker finds its way to the Wisden in 1872, while Coaxer is an underarm offering mentioned in Lillywhite’s Cricketers Companionof 1874.

9. Daisy Cutter – Yet another underarm delivery, used in Bell’s Life in 1857.

10. Drop-Kick – a term borrowed from Rugby and used to denote a half volley. Cricket Field uses the word in 1894.

11. Full Moon – Perhaps the most euphemistic way of saying ‘duck’ or ‘blob’. Bell’s Life used this expression in 1841.

12. Guess hit – Not a very flattering description of a rather commendable stroke, driving the ball on the up. It was used in Boy’s Own Volume in 1863.

14. Ingo – The number of times a person can go in to bat in a match. This was required to be specified in case of odds matches, one professional against eleven villagers and other such games. First use of this term dates back to 1788, in Dawn of Cricket

15. Lob Bowler – First used in 1865 in F. Lilywhite’s Guide to Cricketers, it is now an obsolete type of underarm bowling

16. Man over the bowler’s head – Straight hit out field. First used in 1786 in the County Magazine.

19. Nurse the ball – Fielder running along the ball without picking it up, tempting the batsman to go for an additional run. Used in Cricket Field in 1893.

21. Out side – Choosing the out side meant to put the opposition in to bat. Norfolk Chronicle,1827.

22. Pelt out – run out with a direct hit. In 1838, a batsman was recorded as “thrown out by Robinson” in one newspaper while Sunderland & Durham County Herald wrote “pelted out by Robinson”

23. Pop out – An early term for Mankaded. “Who popped out the best Purton man … as he started to run before the ball was bowled.” –Pycroft’s Oxford Memories in 1886

24. Screw – some other obscure form of delivery. An Winchester Screw was supposed to have bowled a batsman according to Bell’s Life of 1840.

25. Set – an early term for a tie. In 1831, Leeds Intelligencer reported, “One of the latter’s runs having been disputed it was decided by the umpires a set.”

27. Short hop – A ball pitched up, as opposed to a long hop. Boy’s Journal of 1863 says that a very short hop may be made into a half-volley by running in.

31. Swerve – later called swing, swerve was first used in Cricket Field 1894 and continued to be popular till as late as the 1930s.

32. Teaser – A batsman difficult to dismiss. First used by Brighton Gazette in 1832.

33. Tickler – Another of those obscure types of deliveries. Willsher b Hinkly 18 was described in Stamford Mercury in 1856 as “Willsher succumbed to a tickler from Hinkly.”

34. Trap ball – A stroke that is actually on the bounce but gives the impression of reaching the fielder on the full. Sheffield Independent of 1852 reports, “Felix had played a trapped ball into the hands of Wright, many of the spectators thought it really was a catch.”

35. Truthful – accurate bowling. In 1870, Wisden reported, “Edgar Willsher – 27 overs for 2 runs and one wicket – a surprising and marvellous display of truthful bowling.”

36. Welt – strike the ball well. Bell’s Life of 1863 used the term to describe the excellent form of Griffith and Iddison. 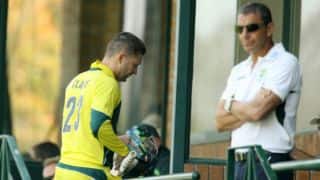 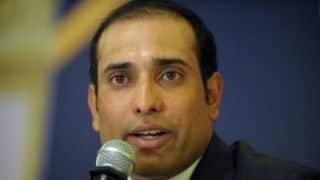