India have not lost a Test in more than a year, but this does mean that the chosen bunch have done a good job. Don't want to sound a cynic but these seven players came close to the national selection.

Probably, only the speculations before the announcement of Union Budget creates more buzz than Team India selections. There are speculations, then surprises, followed by criticisms. Why not? Most Indians claim to be encyclopaedias when it comes to this sport. And if you were expecting some serious surprises for the series against New Zealand, then you are ought to be disappointed.

In the Sandeep Patil-led selection committee’s last assignment, India will play New Zealand with the same squad that toured West Indies, minus Stuart Binny and Shardul Thakur. Suvajit Mustafi looks at seven cricketers who probably have missed the bus for the New Zealand series.

A fan banner outside the Greater Noida Stadium, which is currently hosting the Duleep Trophy final between India Blue and India Red, read, “Bring Back Gambhir.”

Gautam Gambhir is one of the stars of Indian cricket and amongst the best opening batsmen to have played for India. A prolong loss of the form saw him lose his place in the side, but he managed to make a strong case for himself in the ongoing Duleep Trophy.

A stint with Dr. Justin Langer and a change in stance has helped him accumulate 320 runs at 80 (in addition, do not discount his experience). With his fellow Delhiite Shikhar Dhawan’s inconsistency, fans hoped for Gambhir to return. When it did not happen, they vented out their anger on social media.

Shardul Thakur has been bending his back in the domestic circuit for the last couple of years. He was rightly rewarded with a national selection when he was included in the squad to West Indies. It was an enriching experience, no doubt. He did not get to play a game in West Indies, and is currently on duty Down Under, where he almost bowled India A to a thrilling win in the first unofficial Test against Australia A. Though Thakur is in the scheme of things, he will consider himself unlucky to miss out.

With only one or at max two slots available and contenders being Mohammed Shami, Ishant Sharma, Bhuvneshwar Kumar and Umesh Yadav, it seems Thakur will have to wait longer.

In conditions not favourable for batting, Manish Pandey produced a 76-ball 77 in the unofficial Test against Australia A. Pandey, who led India A to triumph in the Quadrangular Trophy Down Under, has the ability to thrive under pressure and also scores at a brisk pace. He, in fact, has matured as a batsman He averages over 50 in First-Class cricket, and has been banging the national selection door for a while. With Rohit Sharma’s inconsistency in white clothes, Pandey could have been given a rope.

In the current Indian team, they have an off-spinner, leg-spinner and a slow left-arm orthodox. Imagine a chinaman bowler joining the bandwagon? The 21-year-old Kuldeep Yadav has been exceptional with the pink ball in the ongoing Duleep Trophy. In his short career so far, young Kuldeep has impressed one and all, and this could have been a good opportunity to throw him at the highest level.

Back in 2007, it was Robin Uthappa who had just eclipsed Gambhir for a berth in India’s World Cup squad. No love was lost, the pair continued to dominate the IPL circuit as adopted Kolkatans, opening the batting for Kolkata Knight Riders (KKR). However, it seems both are out of the national selectors’ radar.

The rise of Karnataka’s dominance in recent times can be attributed to Uthappa’s form. Uthappa, who finished with 759 runs at 58.38 in the last Ranji Trophy season, scored 180 runs at 45 in the ongoing Duleep Trophy.

With Dhawan’s inconsistency at the top, Uthappa could have been looked at a possible opening batsman. The advantage that the Karnataka stalwart brings to table is his ability to score at a brisk pace.

Virat Kohli has emphasised on the need of an attacking batsman in the Test middle order. Here is Shreyas Iyer, a young batsman from Mumbai, who amassed 1,321 runs in the last Ranji Trophy season at 73.38, and those runs came at a strike-rate of 92.70. If this does not warrant a national berth, nothing will. Agreed, Shreyas has not done anything of note since the completion of that tournament but so has not his Mumbai teammate Rohit, who continues to find a place in the Test squad despite his dismal run.

If form had been the parameter, Mayank Agarwal could have got a look-in. The Karnataka youngster has come a long way from being the overtly aggressive batsman in IPL. His scores in the ongoing Duleep Trophy read 92, 161, 58 and 57. The 25-year-old has shown immense maturity in the way he has constructed the knocks, and he has the ability to change gears at will.

If the selectors felt that falling back at Gambhir or Uthappa (though Uthappa is yet to make his Test debut) was a step backward, a rope could have been thrown at Mayank.

However, not being a cynic, I feel selectors have done a more than decent job in picking the 15 men. India have not lost a Test in more than a year, but this does mean that the chosen bunch have done a good job. Apart from these seven, even the likes of Sheldon Jackson, Shreyas Gopal, etc. have done a commendable job. Like Patil said that it is not in a bad position to be if you have to select from a pool of superbly talented 30 players. 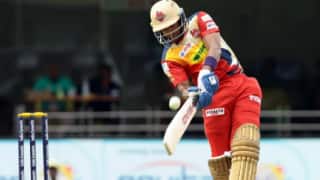 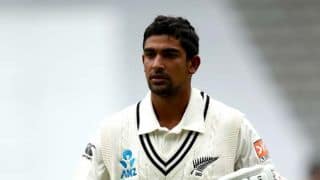 India vs New Zealand: Ish Sodhi believes adapting to conditions will be key to success