There is a niggling worry about the future of Test cricket as there are few and far between.

As New Zealand faced off West Indies at Kingston in Jamaica, the cricket world witnessed the start of a Test match after a long gap of 99 days. This sort of gap is rare in the recent history of the game, especially in a year that does not feature any World Cup. Arunabha Sengupta analyses.

As West Indies and New Zealand faced off at Kingston in Jamaica for the first Test on June 8, 2014, it mercifully ended a curiously long stretch in the cricket calendar without a Test match. If we consider that the previous Test — between Australia and South Africa at Cape Town — began on March 1, the gap between the start of the two successive Tests is a whopping 99 days. It is extremely rare to witness such a huge lull in the modern age of Test cricket, especially in a year free from the traditional World Cup.

Of course, the near century of days free of Test action is by no means a record. We have plenty of huge gaps since the early days of Test match history, and predictably the Wars played a big part. The First World War saw 2,485 Test-less days — England in its full pomp played South Africa at Port Elizabeth in February, 1914, and then stumbled to Sydney as a War-ravaged nation to take on the might of Australia in December, 1920. Similarly there was a hiatus of 2,414 days due to World War Two, between England playing West Indies at The Oval in August, 1939, and Australia taking on New Zealand at Wellington in March, 1946.

If we don’t consider the World Wars, the longest period without Test matches turns out to be 851 days between the Australia-England showdown at The Oval in August 1899 and the meeting of the same arch-rivals at Sydney in December 1901. Even in this case, Test matches in South Africa had to be cancelled because of the Boer War.

The biggest war-less lull was, as can be expected, in the very early days of Test cricket infancy, when the third England-Australia match at Melbourne was held after a gap of 642 days in January 1879 after the second had been played in March 1877.

Since World War Two, cricket followed a more or less regular calendar. Such huge periods without Test-action were drastically reduced with more and more countries qualifying as Test playing nations. A century of consecutive non-Test days has been rare since the 1970s.

In this context, it is incredible that before this year’s 99 days, we had seen a whopping 117-day gap in 2011. This makes us wonder whether Test cricket is fast losing importance with the people in charge of creating the calendars. After the final Test of January 2011, the entire world had concentrated on the ICC World Cup 2011 in the sub-continent. Following the mega-event, there had been the Indian Premier League (IPL) as well, leading to a great chasm in the longest format of the game.

We have to go as far back as 1975 to discover another gap of this immensity. Understandably, with the first ever World Cup organised in the summer, there were 131 Test-free days that year. Similarly, the 1979 World Cup contributed to a 110-day gap — less than 2011 in spite of there being less Test playing nations at that time. The World Cup in 1987 resulted in 111 consecutive days without Test match action. Again, the ICC World Cup 2007 in West Indies saw a 111-day halt in Test match cricket. Similarly there were 98 Test-free days necessitated by the World Cup in 2003.

Yet, what is alarming is that the current 99-day gap has not been caused by the adjustment of the calendar due to the traditional World Cup. There have been the ICC World T20 2014 followed by the IPL 2014, a surfeit of Twenty20 games, and Test cricket has taken a beating in the process.

To discover such a gap in a non-World Cup year we have to go back to the 99-day period between August and November 1991, when there were no Zimbabwe and Bangladesh to clutter the calendar. Before that it was way back in 1977, during the days of Packer, when another 99-day gap was witnessed between August and December. This phase had no Sri Lanka as well. Interestingly, both these long Test-free periods were brought to an end by Tests at Brisbane between Australia and India.

Looking at the number of Test playing nations in the current day, such a glaring gap in the Test calendar in a World Cup-free year is rather unfair to the fans of the longest form of cricket and perhaps an indicator of the declining importance of the format as far as the administrators are concerned. While we welcome back traditional cricket, there is a niggling worry about the future of the game. 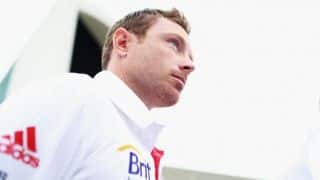