JK Rowling is perhaps the finest storyteller in the history of the language.

JK Rowling, born July 31, 1965, is perhaps the finest storyteller in the history of the language. Harry Potter, her most popular character, was born July 31, 1980. On their shared birthday, Abhishek Mukherjee creates an XI from the magical world of JK Rowling.

Cricket journalists are supposed to maintain an unbiased view towards the sport; they are (probably) allowed to show their bias when it comes to non-cricket literature — especially fiction; especially when it comes to JK Rowling, the person who wove the world of Harry Potter, and immersed the world in magic replicated by none other.

Like she has for millions of others across the world, “JKR” had changed my world as well in the 2000s; she modified outlooks, created visions for the world, and spread the universal message of love; we had grown up loving the characters, waiting for the books to release, turning pages at the rate of two a minute, and had heated, animated discussions over which of Harry or Ron would be the ideal partner to Hermione.

Here, then, is an effort to create a Harry Potter XI. Making an XI based on first names is easy; the Weasley family (Arthur, Molly, Bill, Charlie, Percy, Fred, George, Ron, and Ginny) will have nine representatives, which would the job too simple. Let us try something more challenging; let us go by the last names.

Had Arthur Morris and Sid Barnes not got together after World War II, Bill Brown could easily have found a spot at the top of the Invincibles. With 1,592 runs at 46.82 Brown will, however, open the batting for Harry Potter XI. All he needs to do is to stop backing up when he is at the non-striker’s end.

Christian Ryan once wrote that Graeme Wood “was the man the selectors rang when the Windies were in town.” A brave yet unspectacular batsman against pace, Wood averaged 31.83, but the average against West Indies at their prime shot up to 46.83. As long as he does not run anyone out, there should not be an issue with him at the top with Brown.

With the ability to shift between the sublime and the pedestrian, Ian Bell can take apart any attack on his day. With his excellent footwork and dazzling strokeplay Bell can be an asset for any team. His fielding would give him that extra bit of edge as well.

Despite having a heritage of producing destructive batsmen, India have produced few to match Sandeep Patil’s power. He had a strike rate of 82, which was phenomenal given the fact that he played international cricket in the early 1980s. Had he been born a couple of decades later he would have been a champion of the shorter formats. His tactical acumen will also allow him to lead the side.

The Jamaican Herbert Chang (the second man of Chinese descent — after Ellis Achong — to play Test cricket) played a solitary Test, but he was quite competent at domestic level. Unfortunately, his career met with a dead end after a rebel tour to South Africa. Broke and destitute, Chang’s current location cannot be traced.

Born in Barbados (he also played for them) Chris Jordan eventually made his way to the England Test side after stints with Surrey and Sussex. Destructive with the bat and penetrating with the ball, Jordan can be the perfect number six who could provide the necessary balance to the side.

The fact that Kyle Abbott has played a mere two Tests bear testimony to the quality of fast bowling South Africa has in store. He had routed Pakistan with figures of seven for 29 on debut; he is definitely one cricketer South Africa will look forward to as backup for Dale Steyn, Morne Morkel, and Vernon Philander.

Athletic behind the stumps and belligerent in front of it, Ian Smith still holds the world record for the highest score by a number nine batsman — an innings where he had smashed the Indian bowling to pulp with a 136-ball 173. He topped that with seven catches in an innings — a record he shares jointly with Wasim Bari, Bob Taylor, and Ridley Jacobs.

A Masters in Sports Psychology, Jeremy Snape had played 10 ODIs for England as a leg-spinner who was more than competent with the bat. A champion of the limited-overs domestic competitions, Snape’s Sporting Edge solves various business challenges related to sport. He can also double up as the coach.

Picked as the man to partner Courtney Walsh after Curtly Ambrose’s retirement, Black was baptised by fire in the 2000-01 Frank Worrell Trophy where West Indies were whitewashed 0-5. His international career came to a premature end after he was knocked unconscious by a group of drunkards.

A flamboyant batsman and an excellent fielder, Grahame Thomas of part-American-Indian origin can be the ideal 12th man for the magical squad. We can only hope that he lives up to the immense potential he had displayed during his New South Wales days, and his career is not restricted to a mere eight Tests.

Barring Steve Waugh, Tom Moody was the only one to have been a part of the Australian World Cup winning sides of 1987 and 1999. His various coaching assignments, including a stint with the Sri Lankan side that became runners-up in World Cup 2007, would make him an obvious choice as the coach. Additionally, in case of an injury, he can always feature in the playing XI, contributing with both bat and ball. 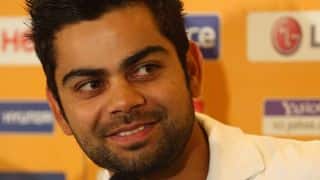 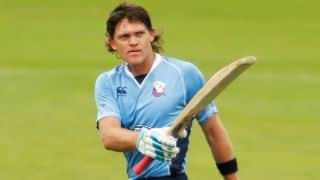