AB: The Autobiography — a review

AB: The Autobiography — a review

We have all seen what AB de Villiers is capable of with the willow. We needed something new— something different from books on contemporary cricketers across the world at the rate of probably a hundred a year.

To be honest, when it arrived by post, I had no clue what to expect of AB de Villiers’ book. To the world he is a quiet, polite, religious man capable of batting skills a lot of cricketers have not even been bold enough to dream of. However, precious little is known to the world about the man behind that face, one incapable of temper. We have all seen what AB is capable of with the willow. We needed something new— something different from books on contemporary cricketers across the world at the rate of probably a hundred a year.

I was also circumspect. Great cricketers have seldom produced outstanding autobiographies (of course, there are exceptions), and expectedly so. One of the reasons for this, especially in the internet era, is probably that everyone knows almost everything about great cricketers. If the cricket fan can look up data on the internet and go through highlights on YouTube and listen to minute details of every interview, why invest time and money in a book?

But this is about AB’s (rather unimaginatively titled) book. In many ways the book is like one of those iconic innings played by the author: simple, breezy, and delightful. But most importantly, the book is also anecdotal, and offers plenty of insights into the man himself, his philosophy towards life and sport, and the country that is South Africa.

The autobiography takes you through a journey, a near-unprecedented one in the era. It brings out the emotions do those seemingly expressionless eyes conceal. You get to know how the entire journey has been shaped by the four cornerstones of his life — religion, family, sport, and South Africa.

There might have been greater sportsperson, or indeed, greater human beings; but seldom has a man been as proud of being religious or a family-person or sportsman or South African; and few as humble and selfless.

But that is the philosophy bit. Had this been a book on philosophy it would have been classified accordingly. The journey is described vividly, and yet does not bore the reader with details he is already aware of.

The journey begins with his childhood, and you can almost trace the journey. Every bit of his childhood days used to be a new adventure for young AB, how proud he was of the cap that bore the name of his idol Jonty Rhodes, awestruck he was by the big boys; and curiously, despite all he has achieved, the humility has refused to desert him.

The anecdotes are new and delightful. Why did little AB sulk on the roof of the clubhouse while playing a tennis match? What happened when a bigger boy tried to mutilate that Jonty Rhodes cap? Why was he expelled from boarding house? Did you know what ‘Abbas’ (you knew that is what they call him sometimes, correct?) and his friends did before leaving school?

Note: The last point comes with a “please don’t tell anyone” disclaimer.

There are more, many more, but I guess I may face trouble if I give more away.

The book is also about telephone calls, plenty of them, from Dave Nosworthy. It is also about a nervous boy turning up to play a Test amidst a galaxy of stars. It is about his enormous respect for Jacques Kallis and Mark Boucher and Hashim Amla and Makhaya Ntini and Dale Steyn and gang — and Graeme Smith in particular. It is about how playing in India has shaped and inspired him at various stages. It is about the South African team song he wrote and a small diary.

With South Africa comes the obvious question: what goes through the minds of the cricketers when they get knocked out of ICC tournaments on a consistent basis? What did AB feel like as player, and later as leader? How did he try to motivate his side during those moments?

Note: Some fans are hesitant to use the word “chokers” to refer to South Africans in ICC tournaments. AB is surprisingly cool about the adjective.

My favourite part has to be the start of the chapter All-Rounder, where he debunks almost every single myth that is circulated about him on social media, raising the point and following with “True or false? False.” Of course, in exactly one of them we get an “almost true”.

My heart did sink for a moment when I came across the following section: “The records and the statistics genuinely don’t matter at all … They don’t make a difference … True glory is measured in the memories of human emotions that endure and enhance people’s lives.”

But thankfully, he follows that with the reassuring “cricket does lend itself to stats and the one-day international on 18 January 2015 produced a few worth repeating.”

He makes his opinion clear on the three formats of the sport. As for Test cricket he believes in its superiority (rightly) and popularity (with some exaggeration), while making it clear that he finds all three formats enjoyable; maybe that is why he is successful across formats.

There are also insights of the diverse culture that is South Africa. He points out racial issues. While he touches upon the controversial inclusion of Vernon Philander in the World Cup 2015 semi-final, he makes his opinion on the topic clear. His delight is unmistakable as the likes of Temba Bavuma and Kagiso Rabada succeed at the highest level.

Having said that, AB barely touches upon many a controversy that he could have provided insights into. He could have delved deep into subjects he chose to avoid. However, that does not take the sheen off the book.

There are insights on how India and IPL and the “A-B-D” chants (especially when they cheered for him against India) have inspired him. There are memories of his meetings with Nelson Mandela. He even quotes Rabindranath Tagore.

You cannot help but get hooked when he recollects his mindset and resolution in that career-changing year 2008 (he has dedicated an entire chapter to the year); and the trivia buff cannot help but nod at references to Eric and Athol Rowan.

The typographical errors (I have read the Indian edition) get annoying at times, but given that the first edition is very likely to be sold out, I am sure they will be rectified in the next one. 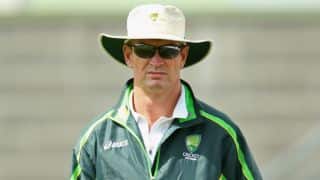 KL Rahul and Ajinkya Rahane’s homecoming – Will they treat Indian fans with runs?