Hem Heath Cricket Club of the North Staffordshire and South Cheshire League Premier Division have announced the signing of Pakistani all-rounder Abdul Razzaq. The 34-year-old, who has represented Pakistan on 343 occasions internationally, is a major coup for the side based in Stoke-on-Trent. In remarks to PakPassion.net, Hem Heath’s vice-chairman Dean Hodson was understandably delighted with the signing.

“When we found out that Bilawal Bhatti wouldn’t be able to fulfill his commitment this season, Abdul Razzaq was our first choice. At first we weren’t sure it would happen, but it’s a dream come true for the club and the fans. The junior members will love to see someone like him working on a Tuesday and a Friday night [in training sessions for senior and junior players],” Hodson said.

“He will be here around the 10th of April at the start of the season and will be with us right through until the end of the season, in the middle of September. We’re hoping that the paperwork and the visa will all be sorted in time for him to be here for our first game.”

Hem Heath are hoping Razzaq, a proven match-winner at international level, can provide a boost on the field of play and Hodson was clear about what he expects the all-rounder to bring to the table. “We’re hoping for him to come and win us games. We’ve got a decent young squad even though we have signed 53-year-old Kim Barnett who played for England on five occasions!

“We’re hoping that Abdul will bring some more professionalism within the club and he’ll teach people to train hard. The main thing for us is to try and win the league and win one of the three cups we enter; that’s our aim.”

Local cricket clubs in England often have a rich history and are an excellent way for the surrounding community and families to interact. Hem Heath is no different and Hodson hoped that Razzaq would join in the club’s activities off the field, as well as on it.

“Abdul will be living in Stoke, so, we want him to be able to come to the ground each day, as and when he pleases. He’s got a young son who we’re hoping will play cricket for our Under-9s, so that will integrate him within the club and make him more of a member. Tuesday nights will be senior practice and Friday nights are for the kids. We’d like his wife to come along as well because we are a family club and once he gets involved and has a good attitude, that’s when he’ll play better,” he added.

Much will be expected from Razzaq after Bhatti impressed with his performances for the club last season. Hodson was full of praise for Pakistan’s young fast bowler and also talked about some of the other big signings the club has made over the years.

“Bilawal was a great pro and he was excellent for us last year. Due to his commitments with the Pakistan international side, it meant that he only played 12 games last season. But even then he won us four of them on his own and if he had been with us all season, we probably would have won the league. We wish Bilawal all the best.

“Other big names we’ve had at the club over the years include Qaiser Abbas and Mohammad Hussain, who are former Pakistan international cricketers, as well as the former India opener Aakash Chopra. So, we haven’t been far from having high profile names within the club,” said Hodson.

Signing star players helps to raise the profile of local cricket clubs and Hodson hopes that their latest recruit will help to attract members of the UK’s Pakistani community to Hem Heath.

“The more of the UK’s Pakistani community that come down to watch Razzaq play the better! A few local people have already rung me to ask when everything starts after they heard the news over the weekend. We just urge everyone to come. Our ground is near to Stoke City’s football stadium. We sometimes get up to 500 people to turn out and watch the games we play at home.”

Hem Heath start their 2014 season away at Wood Lane Cricket Club on April 19. 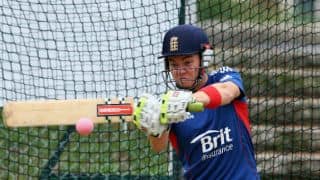 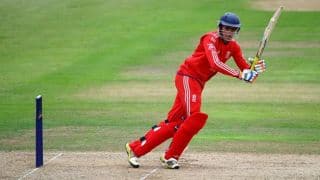