Advantage with Mumbai Indians as they take on Pune Warriors

Advantage with Mumbai Indians as they take on Pune Warriors

Tarot reader Shruti Chopra looks into her cards to give CricketCountry.com readers exclusive insights into what lies ahead in the IPL matches. In the below piece, she dwells into the Mumbai Indians vs Pune Warriors India game - the only IPL match on Thursday. 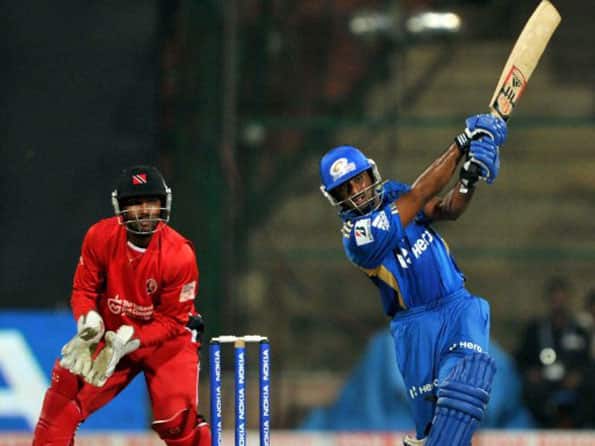 Ambati Rayudu is well balanced like the Temperance and will play an intelligent and successful innings. © AFP

Tarot reader Shruti Chopra looks into her cards to give CricketCountry.com readers exclusive insights into what lies ahead in the IPL matches. In the below piece, she dwells into the Mumbai Indians vs Pune Warriors India game – the only IPL match on Thursday.

The Warriors are ready to take risks and play with a bit more freedom to beat the Mumbai Indians. The Seven of Wands and Ace of Swords show them wanting to dominate by being well planned and adopting some new strategies – they will experiment. Overall the first half of their game will be stronger, but should be careful of being too reliant on individual performances.

Sourav Ganguly will be aggressive and energetic. He will maintain good control over his innings and like the Queen of Swords, he will be able to assert authority. In his captaincy, although he will feel the pressure of responsibility, he will remain very stable and strong.

Michael Clarke, like the Knight of Pentacles, will have a steady start, which will allow him to build a strong, creative innings.

Jesse Ryder, if played, will be able to provide the team with an important change around. A player the team will depend on.

Steve Smith will start off well by making quick runs, but the Seven of Cups does warn of getting caught up in confusion.

Ashish Nehra is looking tired and seems to lack confidence.

Bhuvneshwar Kumar will be an important and stable bowler. His calm temperament will allow him to work well on the team’s plans and be able to break partnerships formed by the opposition.

The Mumbai Indians go into this game with good strategies, but the Page, Three and Eight of Swords all indicate disturbances in execution. The team management will be strong and their encouragement will allow them to put up a fight against the Pune Warriors. They will have a stronger second half of the game, keeping them in the hunt.

Harbhajan Singh will be attacking and strong. Like the Chariot, he will bowl with confidence and focus. As a captain, he will be aggressive and will grab on to any advantage given by the opposition.

Sachin Tendulkar will, like the Page of Swords, have a weak start. Luckily, with the Seven of Wands and the Hierophant, he should get over this short phase and build a strong innings.

Ambati Rayudu is well balanced like the Temperance and will play an intelligent and successful innings.

Rohit Sharma will strive to strike a balance between aggression and wise batting. The Ace of Pentacles and Hermit allow him to take successful calculated risks.

James Franklin will be another balanced player who will accumulate runs quickly.

Munaf Patel will work hard and direct his aggression well to achieve results.

Lasith Malinga will, like the Knight and Queen of Wands, be fiery and well directed. A good day for him.