Ireland won the last ODI against Afghanistan by 6 wickets.

Finally, Afghanistan succumbed to their first defeat in the ongoing series against Ireland. William Porterfield’s side got the better of Asghar Stanikzai’s XI in the third ODI of the five-match series, and will like to retain momentum going forward. Ireland not only notched up their maiden triumph on tour, but also stopped a rampant Afghanistan side. Nonetheless, the job is not even half done for the Irishmen, as they have another do-or-die encounter on Wednesday. They need to beat the Afghan camp again in a bid to prevent the last ODI from being labelled as a dead rubber. Here is a look at the key battles, which may unfold in the fourth ODI at Greater NOIDA Sports Complex. Full Cricket Scorecard, Afghanistan vs Ireland, 4th ODI

Ireland’s bowlers vs consistency: Ireland bowlers have been scratchy apart from the last game. They were always under the hammer for not taking early wickets and leaking aplenty in the death overs. However, a must-win game brought the best out of an inexperienced line-up. Peter Chase and Tim Murtagh struck early before Stuart Thompson, Andy McBrine and George Dockrell joined the party with regular breakthroughs.

Even though Ireland could not fold Afghanistan’s innings from 67 for 5, they would certainly be pleased with their efforts of restricting the opponents under 300. The pitch had eased for batting after the initial 20 overs, which made things tougher for the Irish camp. Nonetheless, the challenge for their bowlers will be to come up with another spirited performance in a decisive clash for their side. Will the inexperienced camp, in Boyd Rankin’s absence, get the better of them on Wednesday?

Paul Stirling vs nervous 90s: Stirling is having a ball against the Afghan bowlers. He has three back-to-back fifties and earned consecutive Man of the Match awards in the ongoing ODIs. However, the right-hander has missed out on registering three figures in the last two battles. In the second ODI, he was wrongly adjudged lbw on 95, whereas the last tie saw him get knocked over for 99. Nervous nineties do not even spare a batsman in red-hot form such as Stirling. He will like to overcome this barrier in the upcoming ODI. The highest run-scorer of the series, Stirling, will again hold key for the Irish camp.

Rashid Khan vs law of average: Rashid is in spectacular form. The 19-year-old has picked up 19 wickets in 6 games of the tour (9 in T20Is and 10 in the ongoing ODIs), which speaks volumes of his ability. He has been instrumental in Afghanistan’s dominance over Ireland at Greater NOIDA. However, Ireland played his overs carefully to register their first win in their opponents’ adopted home ground. There was a clear plan to play out Rashid’s spell and accelerate against the others.

As a result, Rashid went wicketless for the first time in the series and Ireland walked away with a 6-wicket win. Nonetheless, it won’t be easy for the Irishmen to repeat the same feat against a tactical bowler. They will have to continue to bat patiently against the leg spinner and see off his overs wisely.

Andrew Balbirnie voiced the same opinion in the post-match press conference. Rashid was the key. We had to play him well. I wanted to be there as it is difficult for a newcomer with him spinning the ball both ways. He is a quality bowler and will comeback hard. ” One blip does not rule out Rashid out of the contest. The law of average got the better of him on Sunday, but the same phenomenon will favour him in the penultimate encounter. 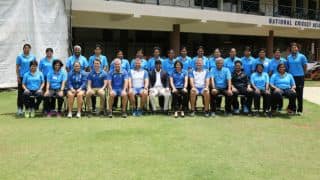 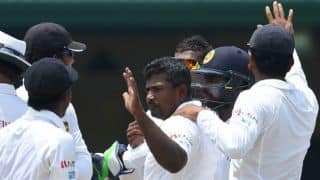