Ajinkya Rahane was averaging less than 10 before the Delhi Test, and produced a massive turnaround in the final game.

Ajinkya Rahane strode out to bat in the 1st innings of the 4th Test against South Africa last week in Delhi, his Test figures in India read six innings for 47 runs at an average of 7.83. His highest score was 15 and his longest innings was 47 balls. Few days later Rahane had bumped his home average to 39.3, scored two hundreds and importantly batted for 427 balls with only one dismissal.

So what did he change technically in between the 1st Test and the 4th Test?

During the week Rahane stated he had practised for over two hours after the Nagpur Test. “The idea was to just practise defending the ball” he told reporters in Mumbai. Second parameter was that he wanted to be patient at the start of this innings. “I thought I was playing shots very early in my innings”. READ: Ajinkya Rahane’s homecoming marked by 4th India vs South Africa Test at Delhi

From his two hour session with batting coach Sanjay Bangar, it was evident Rahane had to firstly get his defence in order to succeed. Take a look at three important changes Rahane made before Delhi.

From the first column (images 1A and 1B) the first thing that stands out is that Rahane has a bent his front foot knee. This enables him to get lower and stretch further to smother the spin on the front foot. From image 3B it is worth noting that his head is right over the ball, weight is going forward, well balanced and he bat is at an angle. In Mohali (image 3A), the lack of flex in his front knee meant he was not able to stretch that extra foot further, which caused him to lose balance and play with an almost a vertical bat.

Yes, the ball did bounce a bit more in Mohali but the image also shows had Rahane stretched further forward rather than been stuck on the crease playing upright and pushing hard, he could have avoided jabbing the ball to short leg. Rahane was only able to get a longer stride due to the technical adjustments mentioned before. READ: Ajinkya Rahane aims to be hailed as world’s best batsman

The middle column (images 2A and 2B) illustrates what Rahane had spoken about during the week and that was playing with bat and pad together.  It is worth noting how low Rahane’s head is while making impact with the ball. In Mohali (image 2A) his head is above the height of the stumps while in Delhi (image 2B) the eye level and the head is almost below the height of the stumps.

The ever so slightly crouched stance and the flexed knee has enabled Rahane to get his front foot across the off stump and play with bat and pad together.

STANCE AND THE BAT TAP

After his dismissals in Mohali, Rahane also slightly altered his stance and also changed his bat tap.

In Mohali (Image 3A and 3B) ,Rahane’s stance was very upright and his bat was held up in the air at the height of the stumps as he waited for the bowler (image 3A).  Then as the spin bowler is running in he simply placed his bat down and then played the ball.

This had been his normal stance for the past year and half but come Delhi he had altered it.

Firstly, he was crouched just a slightly lower (image 4A) with his head position a lot lower at the stance than it was in Mohali (Image 3A). But the big change was in his bat tap. Instead of having the bat in the air, Rahane had decided to tap the bat three or four times on the ground as the bowler ran into bowl. The bat lift on the taps were also very minimal (not taking it higher than more than one third of the stump height (Image 4A).  Then he continued to play the ball on its merit.

From speaking to various experts it is believed the small short bat taps close to the ground enabled Rahane to reduce his bat speed which assured his hands were not getting too far away from his body and also stayed low. The lowering of the stance also allowed him to stay lower to the ground.

One other vital point stated by Rahane this week was that he wanted to avoid playing shots early in his innings. It was worth noting three out of four of Rahane’s dismissals had come while attempting drives through the point and cover region.

In the 1st innings at Mohali, he tried to drive a ball that pitched into the rough through the covers but edged it to slip. In Nagpur, he tried an expansive drive through the covers and left a massive gap through bat and pad. Then once again in the 2nd innings, he attempted a front foot square drive out of the rough only to succeed spooning a catch behind point.

Even in the second innings, with a hundred under his belt, Rahane persisted with his game plan of restraining himself from driving through the off against spinners. It took him 15 balls to finally get a run on the front foot from the spinners and like the first innings, he had resisted the fate of driving the ball through the covers until he reached fifty.

By going back to basics and through astute planning Rahane had revealed his ability to succeed on his home turf. 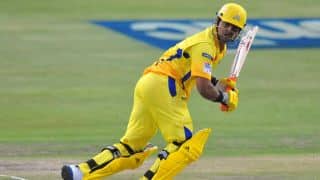 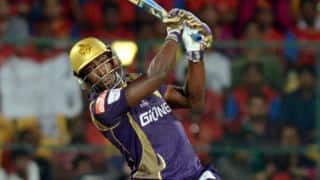