Considered one of the greatest cricketers of all time to have never played international cricket, Jones's case is perhaps a tragic one in which his cruel fate prevented him from making a Test appearance.

Born on November 4, 1938, Welsh cricketer and Glamorgan legend Alan Jones turned 77 on Wednesday. Considered one of the greatest cricketers of all time to have never played international cricket, Jones’s case is perhaps a tragic one in which his cruel fate prevented him from making a Test appearance. Amit Banerjee lists seven of the thoroughbred Welshman’s greatest moments as well as other achievements in life.

Born the second-youngest of nine brothers in Velindre in Wales, Jones’s father, a miner, took keen interest in all sports, especially cricket. His brother Eifion, the youngest member of the family, played 405 First-Class matches as a wicketkeeper batsman for Glamorgan, during which he accumulated 8,341 runs and effected 933 dismissals. All of his older brothers played cricket for local clubs. In his early years, he played with an improvised bat made by his father, who also laid a concrete pitch near their home.

After joining the Glamorgan Staff in 1955, Jones spent two years with the National Service during which he was enlisted in the Welsh regiment. He played for the Army during this time, as well as for the combined services.

Nobody else in Glamorgan’s history made an impact even close to that of Jones, whose enormous pile of records probably will stand the test of times. Jones has scored the most runs (34,056) for the county — nearly 8,000 more than the next batsman on the list. He also has the most 50-plus scores (238) for the county.

The left-handed batsman crossed the 1,000-run mark in 23 consecutive seasons. An entry in his Wikipedia article states that he scored more than 1,800 runs each season between the years 1963 to 1968. Barely anyone stands up to his legacy, with Emrys Davies being the closest candidate.

4. Fate robs his only Test cap

England cancelled their tour of South Africa, which led to the arrangement of fixtures between England and the Rest of the World in 1970, which was promised to be given Test status. Jones was included after Geoffrey Boycott, Colin Cowdrey and John Edrich pulled out. While he failed to impress (with scores of 5 and 0), he was dropped for the rest of the series.

While he did manage to get his maiden Test cap, the England vs ROW Test series was stripped of its Test status in subsequent meetings in the International Cricket Council (ICC) in 1972. As if to rub salt on the wound, Jones was not even informed of the decision, getting to know about while reading the newspapers on the following day.

The year perhaps bears the greatest significance in Glamorgan’s history, even if for negative reasons. It was described as Glamorgan’s most traumatic year since the county side’s inception, with the players revolting against the newly-appointed captain Majid Khan, one that spiralled the team into a serious crisis, with their brand of cricket deteriorating in the coming months.

Jones took over as the captain from Majid amidst the mess, and to quote Wisden “brought about a near-miracle in the playing fortunes of the team. He restored them from the depths, and restored their pride and faith in themselves. His influence on the young players had an important bearing on the field.”

The legacy that he left behind in the county’s history was bound to get him recognition and awards. He was named the ‘Wisden Cricketer of the Year’, after guiding Glamorgan to its first-ever Gillette Cup final that year. He became the first winner of the Apex Trophy and was awarded GBP 300 by a South Wales firm of industrialists, who awarded it to the player who contributed the most to the county in the year 1977. He was awarded MBE in the Queen’s Birthday Honours for Services to cricket.

Jones took to a career in coaching after retiring from the sport at the age of 45. Even at the ripe age of 75, he was coaching the Wales Under-11 team along with Peter Davies.

Virat Kohli gets the dance floor rolling with his crazy moves 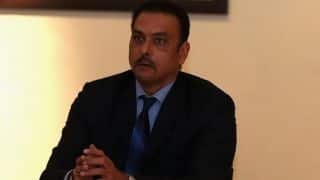