The runs were originally not claimed by the batsmen, but New South Wales captain Alan McGilvray did not believe in altruism.

Arthur Chipperfield and Alec Marks of New South Wales decided to be generous over an accidental overthrow on October 3, 1936, but as Abhishek Mukherjee narrates, their captain Alan McGilvray was not much of an altruist.

Alan McGilvray was the greatest Australian radio commentator on cricket, full stop. However, magical as they were, we will not relive moments from his days behind the microphone here. Arunabha Sengupta has already done a wonderful job chronicling them.

McGilvray was also a competent cricketer. His career lasted only 20 First-Class matches, but he led in 13 of them. He got 3 fifties, but a more memorable performance came in October 1936. He scored 42, but helped Don Bradman put on 177 for the sixth wicket.

The match in question took place three weeks after that. McGilvray was leading New South Wales at Brisbane. Queensland were bowled out for 132 by Bill O Reilly, though Bob Hynes assisted with his left-arm seam. Then Ray Robinson not the cricket writer single-handedly outscored them with 163. He would play his only Test later that summer.

But Queensland fought back despite the 190-run deficit. Don Tallon got a round hundred and Cassie Andrews 85. And from 272 for 7, captain Ron Oxenham (50*) and Gordon Amos (93) took them to 416. Oxenham s performance was especially commendable, for he also took 2 for 34 and 4 for 33 in the match, the second-innings effort coming despite a strained muscle.

227 was not a steep target, but it turned out to be a race against time: they had just over two sessions. However, Alec Marks and Arthur Chipperfield put them on track, and at one stage the score would read 132 for 2. But before that, something curious happened.

Marks pushed a ball from Ezra Wyeth towards Bill Brown at cover and set off. Chipperfield reached the striker s end in time but ended up obstructing Tallon s view in the process. Tallon failed to gather the ball and it went for four overthrows.However, since Chipperfield was at fault , the batsmen informed the umpires that they would not want the runs. The scorer was duly informed, and all was well.

Marks fell for 53, but Chipperfield and Robinson saw NSW off to tea. The score read 146 for 3. And at this point McGilvray intervened. He approached the umpires and claimed those missed four runs for Marks.The Sydney Morning Herald reported it as an extraordinary incident , and rightly so. The umpires having no option, instructed the official scorer accordingly, reported Newcastle Morning Herald and Miners Advocate.

How important were the runs?

Then Bert Oldfield hung around gamely, as did Hynes, and the target came down to 6. Then, with 10 minutes to go, Hynes went for a slog and was yorked by Oxenham. O Reilly, promoted above Ted White (presumably because of his experience),edged one and set off, but Amos s throw beat Oldfield.

Then Les Dixon came to bowl what would probably be the last over. O Reilly pushed for a single, and White edged the next ball for four through the slip cordon to tie the scores. He got the winning single off the last ball of the over which ended with a minute to spare.

He had probably been unsporting (the word continues to remain vague), but in doing so, McGilvray had almost certainly won a match for NSW. After the match he congratulated Oxenham with the words your team fought magnificently ; one wonders what Oxenham thought about that. 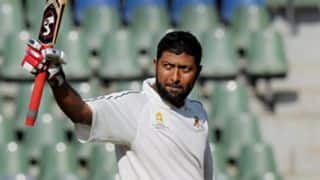 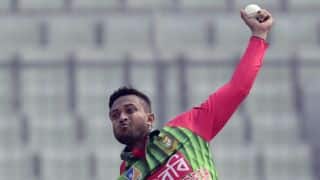