Cook should ideally author 'You Can't Win' and talk about stagnant thinking, defensive approach and how to still hold on your position at the top despite being a loser.

There has been a lot of debate in the recent times whether or not Alastair Cook should remain the One-Day International (ODI) captain for England. Many pundits, including the likes of Sir Ian Botham and Michael Vaughan, have expressed their disapproval of his captaincy in limited-overs cricket and the popular verdict is: He should go.

Why? Well, simply because he isn’t winning games and he himself hasn’t contributed to the team’s cause. Since Champions Trophy 2013, Cook has lost 11 out of the 17 ODIs and has scored runs at the top at 29.13. Even in Test cricket, the Ashes whitewash and defeat at home in the hands of Sri Lanka was something not expected.

Two months prior to the ICC World Cup 2015, Cook is still leading the ODI side ahead of someone like Eoin Morgan. The baffling part is how has he managed to keep his job. And that indeed requires special skills. Like Shiv Khera’s ‘You Can Win’ helps one establish new goals, develop a new sense of purpose, and generate new ideas, Cook, who should ideally author ‘You Can’t Win’ which should talk about stagnant thinking, defensive approach and how to still hold on your position at the top despite being a loser. 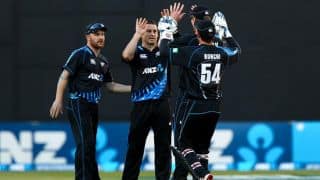 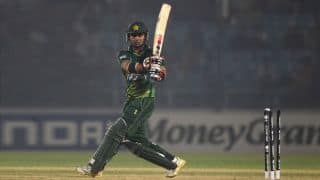