Albert Trott: The first bowler in First-Class history to take two hat-tricks in an innings

Albert Trott: The first bowler in First-Class history to take two hat-tricks in an innings

On May 22, 1907 Albert Trott became the first bowler to take two hat-tricks in a single First-Class innings. Abhishek Mukherjee looks at one of the rarest feats in the history of the sport. 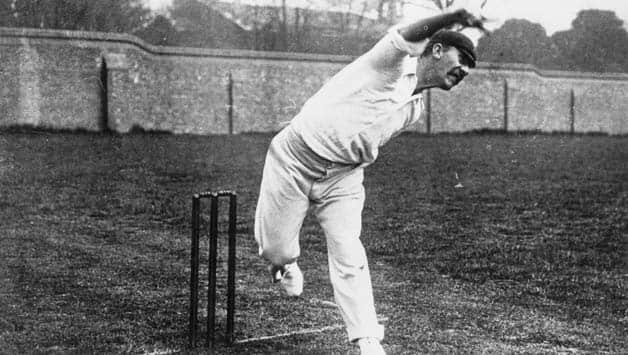 On May 22, 1907 Albert Trott became the first bowler to take two hat-tricks in a single First-Class innings. Abhishek Mukherjee looks at one of the rarest feats in the history of the sport.

Known mainly for single his six off Monty Noble that had cleared the Lord’s Grandstand roof, Albert Trott was one of the best right-arm slow bowlers of his era: playing for both Australia and England, Trott picked up 26 wickets from his five Tests at 15.00. In his illustrious First-Class career, playing for both Victoria and Middlesex in addition, he picked up 1,674 wickets from 375 matches at 21.09.

Naturally, Middlesex had arranged for a benefit match for Trott — the Somerset match at Lord’s in 1907. News spread out, and the crowd poured in by the thousands to pay homage to their favourite hero.

Coming to bat at six amidst great cheer, Trott managed to score just a single run before being bowled by Lewis.

Day Two involved more drama than Day One: after the express Edward Mignon had the Somerset captain Lionel Palairet caught behind, Len Braund and Randall Johnson steadied ships. Trott was asked to bowl, and his five wicketless overs cost him 10 runs.

The later partnerships did not flourish, and Tarrant ran through Somerset with figures of 15-4-47-6. The Somerset innings ended at 236 — they trailed by exactly 50 runs.

Littlejohn shepherded the Middlesex second innings quite efficiently, but they were eventually bowled out for 213 at stumps on Day Two after a few lusty blows from MacGregor. Trott scored 35, and shepherded the tail well.

Somerset required 264 for a victory. The spectators meandered to the ground, and it was evident that due to the intensity the match promised on the last day, many more people would reach the ground towards the afternoon, once they were through with the day’s work.

It looked like just another chase. Palairet and Braund added a defiant 56 for the first wicket, Tarrant came and removed Palairet, and removed Johnson to boot. Then, with the score on 77 for two, Trott had Lewis leg-before, and in the next three balls, clean-bowled Massey Poyntz, Sammy Woods, and Ernie Robinson. From 77 for two Somerset had crashed to 77 for six in the space of four balls.

Trott, oblivious of the financial loss his bowling was causing to him (spectators would certainly not enter the ground after the match was over). From 97 for seven he took another hat-trick — comprising of Morduant (caught by Mignon), Archie Wickham (bowled), and Alfred Bailey (once again, caught Mignon).

Trott finished with figures of 8-2-20-7. As the news got out, the spectators stopped swarming into the ground, ruining Trott’s benefit match collections. In his own words, he had virtually ‘bowled himself into the poorhouse’.

What happened to Trott?

Trott, already out of contention for a Test slot, quit First-Class Cricket in 1910 and tried a hand at umpiring. However, he could not recover properly from a severe bout of dropsy, and turned alcoholic; he went broke, and suffered from depression — and eventually ended up shooting himself at the age of 41 years 174 days. 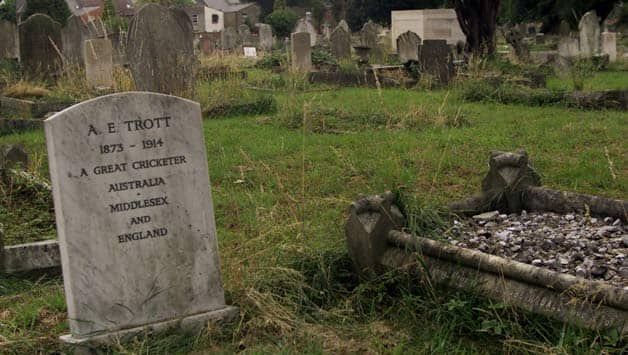 Fifty five years later, Joginder Rao emulated Trott’s feat when he took two hat-tricks in his second match — against Northern Punjab at Amritsar in 1963-64 — thereby becoming the second player to achieve the feat. He had earlier taken a hat-trick on his First-Class debut for Services — against Jammu and Kashmir at New Delhi. 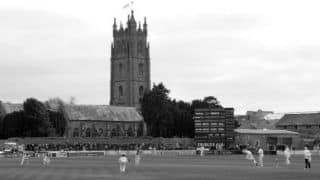