Morkel has not played for South Africa since ICC World T20 2014, and even there he was coming back after a two-year gap.

Albie Morkel has been called up by the South African selectors to replace the injured David Wiese for the Twenty20 International (T20I) series against India starting October 2. Morkel has not played for South Africa since ICC World T20 2014, and even there he was coming back after a two-year gap. That tournament being held in Bangladesh, Morkel was possibly selected on the basis of his past experience in the subcontinent. That same logic applies to his selection for the T20Is against India. Few South African cricketers have as much of an understanding of Indian conditions as Morkel does, having played every season of Indian Premier League (IPL) so far.

Morkel has tasted IPL success while playing for Chennai Super Kings (CSK), and has subsequently gone on to play for Royal Challengers Bangalore (RCB) and Delhi Daredevils (DD). He was with CSK for six seasons before switching to RCB and DD for a season each. The fact that he was with CSK for so long means that he will have been able to study the likes of MS Dhoni and Suresh Raina quite closely. More importantly, he will have faced a lot of Ravichandran Ashwin in the nets. If South Africa will fear one Indian bowler above all others, it will be Ashwin.

Of course, it is not only Morkel who will be able to help “decode” the Ashwin enigma. Faf du Plessis has played for CSK as well, and will have faced a lot of him in the nets, while AB de Villiers has also played every season of IPL and will have a good idea of how to deal with not only Ashwin but all the Indian bowlers. Dale Steyn would have worked out how to bowl to a few Indian batsmen as well, having played for a number of IPL teams. Chris Morris and Morne Morkel are the others who can possibly share their knowledge with the rest of the team.

IPL has not only helped foreign players; a look at the India A side for the one-off T20 practice match reveals a large number of players who have made it big in IPL. Every single member of the side has played either IPL or (in Kuldeep Yadav’s case) Champions League T20 (CLT20). The team could also be called an ‘IPL A’ side. Mayank Agarwal, Manan Vohra, Manish Pandey, Mandeep Singh, Suryakumar Yadav, Sanju Samson, Hardik Pandya, Rishi Dhawan, Anureet Singh, Yuzvendra Chahal, Pawan Negi, and Kuldeep have all tasted success in IPL.

Morkel’s selection has once again showed that IPL is definitely one of the deciding factors for national selection. That is not to say that IPL is the biggest or most important one — the fact that Cheteshwar Pujara has a terrible IPL record is proof of that — but having a good IPL stint certainly helps to boost one’s chances for national selection, particularly in limited-overs cricket. 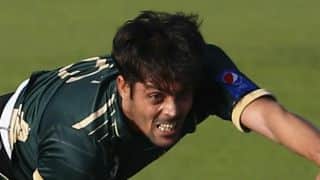