Alviro Petersen is the South African cricketer who plays domestic cricket for Highveld Lions and in England for Lancashire.

Alviro Petersen, born on November 25, 1980, is a South African cricketer who plays domestic cricket for Highveld Lions and in England for Lancashire. Having made his ODI debut in 2006, he played his first Test in 2010. Shiamak Unwalla lists eight interesting things about the Protean.

1. Petersen became only the third South African to score a century on Test debut. He scored exactly 100 against India at Kolkata in February 2010. Andrew Hudson and Jacques Rudolph were the other two men to do it before him, while Faf du Plessis, did it two years after him.

2. Despite having very similar names, Alviro Petersen, Robin Peterson, and Kevin Pietersen have no relation whatsoever to each other. Co-incidentally, the trio have never featured together in an international match despite playing for South Africa and England respectively in overlapping periods.

3. On a corresponding note, the “Caught Petersen bowled Peterson” entry has been made only three times in an international scorecard: Kumar Sangakkara was out in this fashion in an ODI in 2012, John Hastings in a Test, also in 2012, and MS Dhoni in a Test in the dying days of 2013.

4. Petersen has a solitary international wicket that of Sulieman Benn, whom he managed to snare LBW in a Test at Port of Spain in 2010.

5. Petersen has played for seven domestic sides over the course of his career: Essex, Glamorgan, Highveld Lions, North West, Northerns, Somerset, and Titans.

6. Peterson is one of the few cricketers to have his own website: alviropetersen.com.

7. Petersen started a charitable institution called the Alviro Petersen Foundation in 2013. According to his website, the foundation is “committed to the development and empowerment of disadvantaged communities.” Donations can be made to the foundation via email at apfoundation@alviropetersen.com.

8. Petersen and his wife Samantha have an infant son named Jason, who has his own Twitter handle (@JNPetersen2013)!

9. Petersen announced his retirement from international cricket in January 2015. He mentioned that he would take up Kolpak deal in county cricket in England and soon signed with Lancashire.

10. In November 2016, Petersen was charged with match fixing by Cricket South Africa. However he rubbished the allegations and denied the charges.

Bonus Point: He is only the eighth cricketer to bat for all five days in a Test match. He did it against New Zealand at Wellington in 2012. He scored 156 in the first innings and 39 in the second.

(Shiamak Unwalla is a proud Whovian and all-round geek who also dabbles in Cricket writing as a reporter with CricketCountry. His twitter handle is @ShiamakUnwalla) 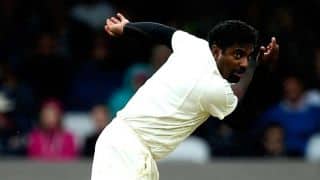 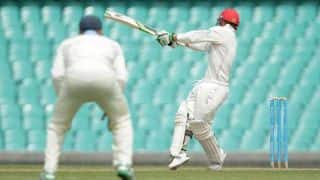