There is no doubt that our pace attack lacks the kind of experience that has been the hallmark of previous visiting Pakistan sides but I would caution against under-estimating their capabilities.

Far away from the uproar caused by the tumultuous results of the recently held referendum to decide the fate of the United Kingdom’s participation in the European Union, a group of seventeen men and their management are busy preparing for what promises to be one of the toughest series of Test cricket they have played in many years.

In an unusually bold move, the Pakistan squad lead by the evergreen Misbah-ul-Haq arrived in England a few weeks ahead of their warm-up games to ensure that this squad of talented individuals get ample time to practice and acclimatize to English conditions. Based in Hampshire until the 29th of June, the Pakistan team, under the tutelage of their newly appointed Head Coach Mickey Arthur, has proceeded to train and practice with great enthusiasm and judging by the exclusive interview to PakPassion.net by their manager, Intikhab Alam, they seem ready for the challenge ahead.

A few critics of newly appointed Chief Selector Inzamam-ul-Haq’s proposal to send the Test team a few weeks ahead of the start of the tour had commented on the futility of such a move as it could have resulted in burn-out for the players, but Intikhab Alam is no doubt about the efficacy of this move and feels that the stay in Hampshire is already paying dividends.

“Our preparations are coming along really well since our arrival here in Hampshire. We played a three-day practice match and although one of the days was rained off, it had no bearing on the spirit of the team who are gelling very well and busying themselves with gym work whenever they get a chance. At this point there are no fitness or injury issues to worry about so we are very satisfied with the current outcomes of this camp.”

Mohammad Amir’s expected return to Test cricket at a ground where he last played in 2010 is a topic that seems to have generated a lot of media and fan interest. Understandably the Pakistan team management is well aware of the hype surrounding the occasion but as Intikhab explained, the only real concern in Pakistan minds is Amir’s cricket related preparations for the game at Lord’s which starts on 14th July stating that “Although it is a little early to talk about it as there is some time to go and we have two warm-up games to play, we feel Mohammad Amir is all set to play the first Test match at Lord’s. We all know about the circumstances surrounding his return but he is mentally prepared for this tour and he will be able to handle himself well; this isn’t the first time he is touring a foreign country after returning to international cricket and he also has been to England before.”

The news of James Anderson’s possible unavailability for the first Test match due to an injury may have come as a welcome relief for some Pakistan batsmen but the fact remains that it is the Pakistan bowlers who will be expected to do most of the heavy lifting if the tourists are to achieve a positive outcome from this series. The Pakistan fast-bowling attack apart from Mohammad Amir and Wahab Riaz is inexperienced but as Intikhab explained, it could well provide a few shocks to the opposition.

“There is no doubt that our pace attack lacks the kind of experience that has been the hallmark of previous visiting Pakistan sides but I would caution against under-estimating their capabilities. They have all been bowling well in recent times and are physically fit and will provide a stern test for the England batsmen.”

Mickey Arthur’s stellar record as South Africa’s coach has raised expectation about what he can achieve as Head Coach of Pakistan team. He was recently appointed at this post and as the Pakistan Team Manager remarked, is already having a positive effect on his new charges.

“We are very fortunate to have someone of the stature of Mickey Arthur as Head Coach for Pakistan and I am pleased to say that he has really gelled well with the boys. He is working very hard with the team and the players are responding nicely and enthusiastically to his advice and comments.”

To many experts this Pakistan team appears to have the work-ethic and determination to come away with laurels from this series but the real test of their resolve will come when they walk on to the ground at Lord’s and as Intikhab Alam puts it “We will prepare well and put in the effort needed and God Willing, when the time comes, make the nation proud of this team”, he concluded. 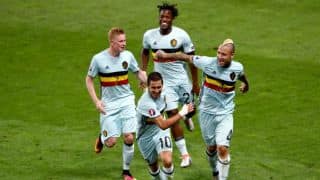 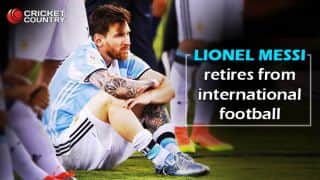