South Africa offered resistance and have now successfully dragged the fourth Test at New Delhi to the fifth day. India were made to toil hard for wickets and eventually managed to get two wickets. In the past, Feroz Shah Kotla has witnessed some herculean feats by leg-spin legend Anil Kumble and things might have been different had they played the third spinner in the squad, which is Amit Mishra. Mishra, another leg-spinner, has often proved to be the man with the golden arm for India and this series was no different. He has picked up key wickets and Kohli too has preferred the five bowlers combination in Tests, and has drawn success. Full Cricket Scorecard: India vs South Africa 2015 4th Test at Delhi

Even in the Test series against Sri Lanka, India played with five bowlers, which included three seamers and two spinners. Mishra once again was brilliant in that series, having picked up 15 wickets, just behind Ravichandran Ashwin with 21. India won the series 2-1. As there was more assistance for pace bowlers compared to the ones seen in this series, it made more sense to play three pacers in Sri Lanka. But in the current series there was much more assistance for spinners. At the end of Day Three the pitch was getting slower. On Day Four, it was a similar case, especially when the South African batsmen came out to bat. Hence, the batsmen thought it was an ideal scenario to just block and save the match. Full Cricket Updates: India vs South Africa 2015 4th Test, Day 4 at Delhi

Here’s where Mishra could have played a role. HashimAmla, Temba Bavuma and AB de Villiers found it easier to play Ashwin and Ravindra Jadeja. Mishra certainly adds some variety in the attack. His googlies are extremely effective and this South African batting line-up is predominantly right-handed, so it made more sense. Mishra has the tendency to pick up wickets when the team needs it the most. For instance, in the third Test at Nagpur, South Africa were given a target of 310 to chase in the fourth innings. Faf du Plessis and Amla provided some dogged resistance. South Africa were on the verge of going to Tea having not lost a single wicket in the session. On came Mishra. He first removed Amla for 39 caught at gully after he tossed the ball on off, taking it away from him and Amla looking to drive managed to get the edge. READ: Amit Mishra emerges as perfect bowling partner for Ravichandran Ashwin

Mishra added a cherry on top as he managed to dismiss du Plessis too in his very next over. Du Plessis got a quicker one and looked to play the pull but the ball darted back in and knocked off the stumps. India then took very less time to clean South Africa up and register a 124-run win. The strategy to play three spinners in the series paid off and the same was expected in the final Test as well. READ: Ravichandran Ashwin, Ravindra Jadeja, Amit Mishra: A throwback to an older era of Indian cricket

This was not the only match Mishra had an impact. He got rid of AB de Villiers twice in the Mohali Test. De Villiers top-scored in the first innings with 63 but removed him quickly in the second. Mishra has always been the go to bowler for Kohli and was perhaps missed the most. The outcome of the day’s play and the match could have been different had he been part of the playing XI. In hindsight, he could have played for the extra batsman Rohit Sharma, who scored only a run in two innings. And remember, Mishra averaged more than 25 in Sri Lanka. 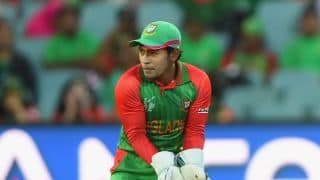 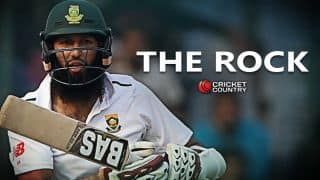