To mark this comeback, Amul came up with its topical and welcomed Pune back into the IPL fold.

With the two popular teams of Indian Premier League (IPL) Chennai Super Kings (CSK) and Rajasthan Royals (RR) being banned for two years, the door for two new teams were opened. As a result, auctions were held recently for filling the two vacant slots and franchises based in Rajkot and Pune replaced the suspended teams for next two seasons of the IPL.

Intex group bagged the Rajkot-based team, while Kolkata-based business tycoon Sanjiv Goenka’s RP-Sanjiv Goenka group won the bid for Pune-based team for a whopping price of 16-crore. This is Rajkot’s debut in the IPL while Pune team has previously featured in the league. It was owned by Subrata Roy’s Sahara group. The team played three seasons between 2011 and 2013 before getting terminated from the cash-rich tournament. Thus, in a way, it will be a comeback for Pune in the league.

To mark this comeback, Amul came up with its topical and welcomed Pune back into the IPL fold. Its latest topical reads, “Poona bhetu ya!”, which means ‘let’s meet up again!.’ Here Poona is a pun which refers to the old name of the city as well as also means again in the local language ‘Marathi’. It also has a caption ‘have with Misal Pav,’ which happens to be a local dish in Pune. The topical, which makes for a good watch, can be seen below: 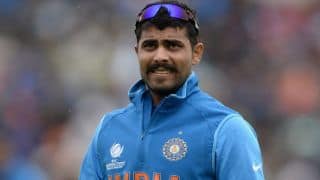