All-Time XIs are great fun. Composing one from the cricketers with Khans in their names, Arunabha Sengupta finds a mix of sublime greatness alongside questionable careers.

All-Time XIs are great fun. Composing one from the cricketers with Khans in their names, Arunabha Sengupta finds a mix of sublime greatness alongside questionable careers.

The Alphabetical XIs published in these pages were followed with plenty of enthusiasm. However, while making teams with the cricketers whose last names began with A, B, C etc, we had to clarify several times that for names that end with Khan, Mohammad, Ali or Singh, we would be considering the first letter of the first name of as the category to map the cricketers to.

This was because, as we repeated often enough, Khans and Mohammads are so numerous, as also the Singhs and the Alis, they form their own respective XIs.

Hence, Imran Khan made the I-team, which led to a lot of kneejerk heartburn (pardon the juxtaposed anatomical double idiomatic expression). These were from his hordes of followers, especially because Kapil Dev was featured in the K team (Dev, you see, is also a very, very common last name and Nikhanj was not really used by the man to place him under N). But then, a couple of fans of Imran wanted him in the J XI as well, so one has to expect such reactions about demigods.

But, we decided to go ahead and prove that the Khans could really have their own XI if they wanted to. And that too from amongst Test cricketers.

Looking at the record books we find 25 genuine Khans who have played Test cricket.

Some have had very short Test careers. Eight of them Shadab, Sharjeel, Imraan (of South Africa, please note the two As before combining heartburns and kneejerks), Amjad, Bazid, Azhar, Azam Anwar have played just one. Zakir and Nadeem have two Tests under their belts. Rashid, India s Jahangir and Kabir have played 4 Tests each. Of course, Shadab and Sharjeel can play many more Tests in the future.

Four others have had careers stretching to less than 10 Tests Akram Khan of Bangladesh with 8, and the Pakistani trio of Arshad, Imran Khan Jr (please note the Jr), and Sohail.

But there are also careers that have been long, distinguished and spectacular.

Younis played 118 Tests for his ten-thousand-plus runs at 52.05, India s Zaheer Khan captured 311 wickets from 92 Tests, Moin, who walks into the side by being the only wicketkeeper in the fray, played 69, while two opening batsmen of contrasting styles, Majid and Mohsin had very decent Test careers spanning 63 and 48 Tests respectively.

And of course, there is the great Imran Khan (cheers), whose 88 Tests saw one of the greatest all-round careers of all time.

There is also Junaid Khan who bowled reasonably well in his 22 Tests, and Khan Mohammad (a composite unclassifiable into alphabets according to our methods), who had a fantastic Test record over his 13 Tests.

When we look at the team that can be formed with these men, the first thought is of plenty of excellent pacemen. There is one great batsman, a couple of very able openers, and one pace bowler who is a fantastic all-rounder. But other than that, there is a dearth of quality middle order batsmen, and the lack of genuine experienced spinners.

But most of the side select themselves. Mohsin and Majid open the innings followed by Younis at one drop. The other two middle-order batsmen need to be chosen from the not-too-excellent-or-extensive careers. My pick would be Sharjeel and Bazid, two batsmen with the most accomplished First-Class careers, the former with the chance of developing into a more distinguished Test cricketer. The better First-Class numbers allow them to pip Akram Khan of Bangladesh.

Of course, Imran will come in at No 6, and also lead the side, open the bowling and inject impetus and glamour into the team. And Moin will have to keep wickets.

Zaheer s 300-plus wickets cannot be ignored. Khan Mohammad deserves to be picked for his rather impressive record 54 wickets at 23.92. And Junaid does get in based on his decent figures across 22 Tests. Two right-arm and two left-arm pacers will be a handful to face.

It is not an extraordinary team, but there are lots of decent players with a couple of genuine greats. And with Imran at the helm, they will definitely be a fighting unit.

Team Owner: No, not Shahrukh Khan 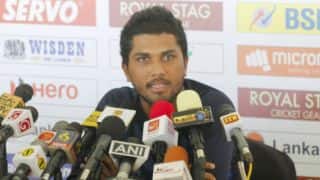 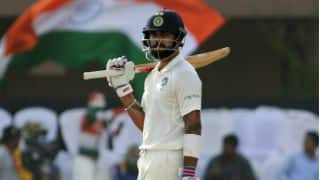