I didn’t come across his name for quite some time. But the name of Anant Gaundalkar was forever imprinted in my mind.

During my early tryst with cricket, the match never got over when it did. While the cricketers kept me engaged during the course of the match, I waited eagerly for the Times of India which would get delivered the next morning to my home. I read the report and analysis, language of which would go over the head of a six-year old.

However, the numbers in a small stats box would hooked on. It was easier to read and comprehend. I liked numbers and I liked cricket. It was my weapon to show-off during cricket conversations with friends, each of whom had an opinion about the game. Under those little numbers was a constant name – Anant Gaundalkar.

I didn’t know anything about him — not his life, his career or for how long he has been working as a cricket statistician But, his numbers were as responsible for making cricket fascinating to me as the cricketers playing the game. For years, I hadn’t heard about Mohandas Menon or the late Anandji Dossa. He may not have been a bigger name than the two iconic names, but he was my earliest education in cricket statistics.

As I grew older, I learnt my numbers through various sources. I didn’t come across his name for quite some time. But the name of Anant Gaundalkar was forever imprinted in my mind.

Today, I saw his photo for the first time. He passed away at the age 59 after suffering a stroke last year which left him unconscious till the very end of his life. Today, when a big part of my cricket education is taken away, it doesn’t feel as if he was just about ‘numbers’. He was a teacher I hadn’t seen and I was a student he didn’t know. He was the Dronacharya of my life; I the Ekalayva. Rest in Peace, Sir.

BCCI is digging its own grave 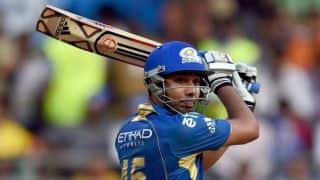 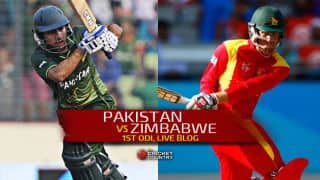