Andrew Strauss has been in the thick of things and his statements have ensured a lot of laughter.

Andrew Strauss, Director of England cricket has been in the thick of things and his statements have ensured a lot of laughter. He has come up with one more such statement about England’s chances in the Ashes 2015 and Nikhil Popat brings to you the reactions of it!

Andrew Strauss, Director of England cricket, wrote in his article for Sunday Times wrote:“We can still win back the Ashes!” It is not the first time in the past few weeks that his statements have been the crux of many jokes in social media. With documents and releases leaking, England and Wales Cricket Board (ECB) will now have to actually look at the ‘data’ which makes Strauss make such statements.

Coming in as an advisor, Strauss started his legend of making statements by saying that Kevin Pietersen could not be picked since they had ‘trust’ issues. This was ironic since having already gone through the instructed and highly followed process of ‘reintegration’, KP had got back to the team and more so, he was dropped after a decent return for England. Not to forget, Strauss has also said that he would select the coach would agree with his stance on Pietersen. Wait a minute, why would England appoint an individual who has issues with a player and need his approval to decide the best for England?

It led to the usage of #StraussLogic and because Strauss did not find it good enough, Strauss has come up with another statement, saying “We can win back the Ashes!” Optimism and formalities all right, one must be practical and if Pietersen is to be believed, results do not even matter to England now. In such circumstances, the statement was very naive and hence was also heavily used on social media and this time by cricketers. Following are some of these.

Of course, Kevin Pietersen was the first one to respond: 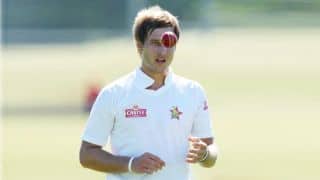