Andrew Christopher Waller was an exciting, agile Zimbabwean cricketer. He made his Test debut at the age of 37, and played only two Tests.

Born September 25, 1969, Andrew Christopher Waller was an exciting, agile Zimbabwean cricketer. He made his Test debut at the age of 37, and played only two Tests.  The Harare-born tall batter featured in two Tests and 39 One-Day Internationals, scoring 69 and 818 runs respectively. Waller averaged below 25 in both formats, never giving a good account for himself. As he turns 56, Ankit Banerjee takes you through his journey in cricket.

Andy Waller is also nicknamed ‘Bundu’, but due to reasons that are not known. Perhaps, those close to him may be able to tell the world the reason behind his nickname.

He may have made Test debut quite late, but Waller played three consecutive World Cup tournaments for Zimbabwe. which is a feat in itself.

He made his debut in Tests at the age of 37, which is slightly commendable because  on the wrong side of 30, reflexes do not remain sharp. His debut was as Zimbabwe and England clashed in the famous Test at Bulawayo back in 1996. Zimbabwe played.

Waller had earned the reputation of being a slog-hitter, but he never liked the tag tough. He registered a dogged half-century in his maiden Test against England in 1996in the process shrugging the ‘monkey off the back’.

In the second Test against England, Waller was picked but that unfortunately turned out to be his last First-Class appearance.

After his retirement, he was offered the role of a coach by Cricket Namibia which he accepted.

Waller had a tobacco farm and was the proud owner of it.

8.  Run-in with the Zimbabwean government

The tobacco farm was with him as a treasury, but Waller lost it due to a land reform programme, applied by the Zimbabwean government which was stringent.  this was a chest blow to his fortunes. He told ESPNCricinfo, “Things changed in the country, and in 2002, we lost the farm, so I decided to go into cricket coaching. It was something I was always interested in and I wanted to get involved.”

In April 2009, when Zimbabwe national side was in all sorts of disarray, Waller was appointed by the Zimbabwe Cricket (ZC) as a coaching manager, who was supposed to look after the coaching strcuturs in the domestic set-up.

10.  Stint with the Mid West Rhinos

In September 2009, Waller was appointed as the head coach of Mid West Rhinos.

In 2014, he was asked to take the responsibility of being the National Director of Coaching, which he accepted.

His son, Malcolm plays for the Zimbabwean national side whereas his nephew Nathan represents Mashonaland Eagles.

In 1989, Waller was within touching distance of his maiden First-Class ton, but he fell just a solitary run shy against Lancashire.

In the 1992 World Cup, Waller scored a breathtaking 83 of 45 balls against Sri Lanka; the innings was studded with nine fours and three sixes.

The wait was long but eventually, Waller managed to register his debut ton against Matabeleland, playing for Mashonaland.

It was the 46th occasion when a batsman was given out for ‘handling the ball’, when in the year 1994; Waller was adjudicated OUT in a First-Class game while representing Mashonaland Country Districts versus Mashonaland Under-24, at the Harare Sports Club.

He was the good old-school gentle medium pacer who used to bowl as a part-timer. Waller would be needed when there would be a need of shift of ends for the other bowlers.

Waller had a quiet end to his career, as he played in the ODI series against India in February 1997. He managed 25 in his final ODI as Zimbabwe won the two-match series 1-0 by winning the first match via the Duckworth-Lewis method and the second game was washed out without a ball being bowled. 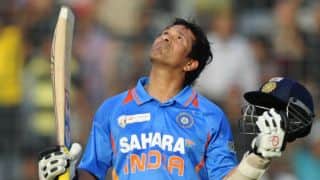 Sachin Tendulkar: Life post-retirement my second innings off the field 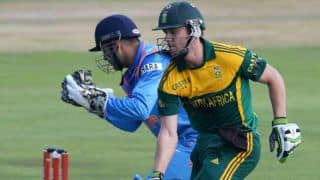