Arun Lal, born August 1, 1955, is a former Indian opening batsman who was a prolific run scorer in domestic cricket but couldn t translate his performances at the highest level.

Arun Lal, born August 1, 1955, is a former Indian opening batsman who was a prolific run scorer in domestic cricket but couldn t translate his performances at the highest level. Suvajit Mustafi points out 12 facts about the domestic cricket giant, who played for Delhi and Bengal in the Ranji Trophy and averaged 54.09.

2. Family of cricketers: Arun hails from a family of cricketers. His father Dhir Jagdish Lal was an opening batsman at First-Class level, while his uncle Dhir Muni Lal and cousin Akash Lal were also opening batsmen. The latter was a prolific batsman for Delhi. However, it was Arun s father who inspired him to play the game.

6. Gavaskar s replacement in Kolkata Test in 1987; excelled and still dropped! Sunil Gavaskar opted out of the Kolkata Test against Pakistan in 1987 and local boy Arun replaced him. Despite knocks of 52 and 70 in the drawn Test, he was dropped from the side.

9. Playing a role in Sourav Ganguly s Ranji Trophy debut: Arun played a major role in convincing the selectors to select Ganguly in the Ranji final in 1990. In an interview with Cricket Country, Arun said, I had watched Sourav grow from the very beginning. I backed him from his early days. In fact, I was among the ones who had pushed for his inclusion in the final when the selectors were sceptical about picking him. Against a strong Delhi attack, Ganguly stroked his way to an attractive 22 and later went on to become the most successful left-handed batsman India ever produced.

10. Cricket analyst: Arun is one of the most popular television commentators. His also writes columns on cricket in newspapers and on the internet.

11. Appeared in Mile Sur Mera Tumhara : Arun was one of the celebrities who appeared in the iconic 1988 Doordarshan music video Mile sur mera tumhara , which promoted national integration and unity in diversity.

12. Battle with Cancer: In January 2016, Arun was diagnosed with a rare form of jaw cancer. A fighter that he is, Arun fought with the disease bravely and made comeback to commentary during the first pink-ball match in India at the Eden Gardens. “It s a rare and dangerous cancer. The symptoms were detected in time (in January) before I went through a rigorous treatment process. Thank God, I have been able to hold my place. Obviously, it is like a new life. It was tough but I am indebted to the fantastic job by the doctors, the 60-year-old was quoted saying as by The Hindu from Kolkata Hospital earlier in 2016.

With inputs from Nishad Pai Vaidya 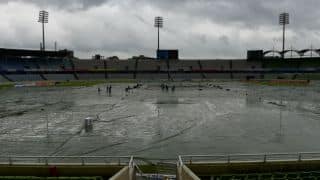 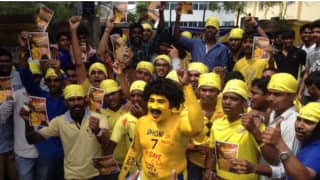