Arundhati Kirkire: Kept out of India women's side by Anju Jain's supreme form

Arundhati Kirkire: Kept out of India women's side by Anju Jain's supreme form

Her best performance was 106 against West Indies back at home in Gurgaon.

Arundhati Kirkire, born May 31, 1980, played for Central Zone and India Under-21. She represented India women’s team in one Women’s Test and 30 Women’s One-Day Internationals. Sudatta Mukherjee looks at the life of the woman cricketer, who was unfortunate to have played at a time when Anju Jain was the wicketkeeper of choice for the national team.

Arundhati Kirkire was born in Indore, Madhya Pradesh — the city immortalised by the deeds of the Nayudus, Jagdales, and the Scindias. She used to play at a time when women’s cricket in India was managed by Women’s Cricket Association of India (WCAI). Arundhati started playing professional cricket for Central Zone in their Under-19 team. One of her first tournament was in the Chandra Tripathi Women’s Under-19 tournament.

While playing for Central Zone U-19 team, Arundhati not only kept wickets for the team, but also bowled medium pace. In one of the matches against West Zone in the Chandra Tripathi U-19 tournament, Arundhati picked up four wickets in the match. As if that was not enough, she scored an unbeaten 79.

In 2000, she was selected in the Women’s World Cup squad played in England. Arundhati made her Women’s Test debut against Australia at Lincoln, against a bowling line-up which had Cathryn Fitzpatrick, Terry McGregor, and Karen Rolton. Anju Jain kept wickets for India. Australia scored 223 in their 50 overs. When India Women came to bat, apart from the top four batswomen, none of the others were able to score in double digits. Arundhati was out for a duck.

She was dropped for the rest of the tournament. Two years later, she was recalled into the squad for series against England at home. Her highest score in the series was 35 at Hyderabad. The same year she travelled with the team to South Africa and then Ireland. In a match at Dublin against Ireland, she scored 58 and picked up a wicket also.

Her best performance was 106 against West Indies back at home in Gurgaon. West Indies Women toured India in 2003-04 and played five Women’s ODIs. Arundhati was selected for the fourth and the fifth Women’s ODIs. Karu Jain by that had made her way into the team and was consistently playing well.

However, after winning the first three Women’s ODIs, the management decided to give Arundhati a chance. She took advantage of the situation and scored a 118-ball 106, coming to bat at No 3. India won the match by 170 runs and Arundhati was the Player of the Match.

Her performances started declining, however, and she could not manage to score big runs or played any vital role, when given a chance and as a result, Karu Jain took over as the regular wicketkeeper in the side from Anju Jain.

Arundhati played a single Women’s Test — against England in 2002 — and scored three. She played 30 Women’s ODIs and scored 304 runs at an average of 19.00, and picked up seven wickets in ODIs.

Her best bowling figures are three for 13 against Sri Lanka at Colombo. It was the second match of the 2004 Asia Cup. India skipper Mamatha Maben won the toss and elected to bat. Riding high on Mithali Raj and Anju Jain’s batting, India put up a decent target of 190 for Sri Lankans. Arundhati was the pick of the bowlers with her three wickets. India won the match by 105 runs.

It is often said that she was one of the fittest women cricketers of her team. Anand Vasu, managing editor of Wisden India, is quoted as saying by ESPNCricinfo, “Arundhati is very fit and works hard on staying that way. Before she takes the field, either to keep wickets or to bat, Arundhati can been seen with a skipping rope warming up rather vigorously.” 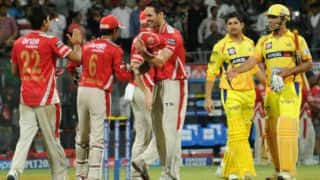 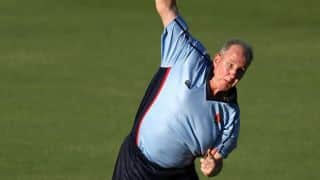 John Emburey undegoes surgery after being diagnosed with skin cancer