As Sachin Tendulkar approaches 40, history and stats are stacked against him. But don't count him out yet!

As Sachin Tendulkar approaches 40, history and stats are stacked against him. But don't count him out yet

As Sachin Tendulkar approaches the dreaded 40th birthday, voices clamouring for his retirement grow louder. Arunabha Sengupta crunches numbers to find that although most age-related statistics extracted from history of the game are discouraging, there still remains a glimmer of hope. 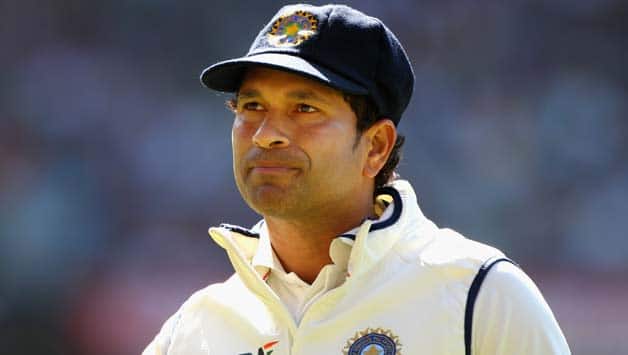 Sachin Tendulkar… write him off at your own risk © Getty Images

As Sachin Tendulkar approaches his 40th birthday, voices clamouring for his retirement grow louder. Arunabha Sengupta crunches numbers to find that although most age-related statistics extracted from history of the game are discouraging, one can still hope to master to come good.

As Sachin Tendulkar marches ahead towards his 40th birthday and voices demanding his retirement row louder, we find history staunchly against him.

Very few batsmen have played beyond 40 with success, and the handful who managed to beat the fetters of age mostly belonged to the leisurely days long gone by.

Jack Hobbs did play almost half his career after the dreaded calendar milestone, and managed to increase upon his already staggering average. He played all his cricket between 1908 and 1930 before retiring from Tests at the age of 48.

Patsy Hendren also significantly improved his run-making post his 40th birthday, but he also hailed from the 1920s and 1930s.

The most recent batsmen who have had relatively long career tails after 40 have been Geoff Boycott and Graham Gooch. And while Boycott performed decently enough and Gooch did not quite disgrace himself, their figures after forty took quite a beating when compared to their respective days of glory. The same holds true for Bobby Simpson who was rushed back to take charge of the Australian team during the Kerry Packer days.

In this context, the last batsman to have matched or bettered his figures after turning 40 was Tom Graveney, and he played his last Test in 1969.

Clive Lloyd and Ray Illingworth did improve their showing, but Lloyd played only five matches after his 40th birthday and Illingworth cannot be really classified as a batsman.

On the bowling front there have been some quadragenarian successes, but there is no one with 100 or more wickets in that phase. Clarrie Grimmett leads the list with 96 followed by countryman Bert Ironmonger with 74. And, of course, Sydney Barnes knocked over 49 batsmen in just four matches. All these were again in the distant past, when cricket was relaxed and demands on the body limited. The last man to capture more than 20 wickets past 40 was Eddie Hemmings with 27 scalps at a rather expensive 35.14.

40-plus bowlers with more than 20 wickets

So, history is stacked against Sachin Tendulkar as he moves towards his fourth decade, and the cricket calendar gets more and more demanding. But then, he is known for achievements beyond the ken and imagination of ordinary mortals. No one had scored or contemplated 15,000 Test runs or 51 Test hundreds before he climbed those summits and planted his proud flag. One hundred international centuries were not even glimpsed in wildest dreams. So, all the above statistics taken together is nowhere near enough reason to write him off.

In fact, there is one peculiar fact that he can take heart from. If we compute age wise averages of all batsmen taken together, the highest figure is found to be achieved by 39 year olds. While it may sound implausible, we must remember that to be still batting for the country after 39, one has to be a Jack Hobbs or a Don Bradman or a Sachin Tendulkar.

The table below lists the age-wise runs, averages, centuries and fifties of all the Test cricketers taken together. As we can see, the highest average is achieved by 39-year-olds. 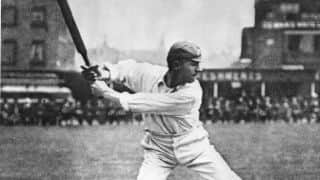