Carrying on the legacy of the 1884 contest at Lord’s, the Australians and Englishmen combined to form two teams, Smokers and Non-Smokers.

March 19, 1887. MCC were touring Australia to retain The Ashes. Carrying on the legacy of the 1884 contest at Lord’s, the Australians and Englishmen combined to form two teams, Smokers and Non-Smokers. Little did anyone expect that another record would be set in the contest, but the non-smokers registered the first 800 in First-Class cricket. In the process they deprived themselves of sufficient time to win the match, but were certainly the better team in the contest. Abhishek Mukherjee looks back at the day history was created from the most unexpected of encounters.

The concept was novel yet bizarre. When Australia, led by Billy Murdoch, toured England in 1884, they were scheduled to play 32 matches including a 3-Test Ashes series. Australia had the upper hand in the first Test at Old Trafford and the third at The Oval, but England secured the series with an innings victory in the second at Lord’s.

During the series the Australians faced the allegation of “introducing a bloodthirsty spirit” and “playing too obviously for money’s sake” by the British media. Of course, the opinion was divided: Plum Warner, in Lord’s, defended the Australian spirit. Almost half a century after the tour he would manage England in the Bodyline tour.

The idea is usually credited to Vyell Walker. Walker was no mean cricketer. An aggressive batsman and a champion lob bowler (3,384 runs, 334 wickets from 145 matches), Walker was one of seven brothers to play First-Class cricket, as did his uncle. The idea behind the match was to raise money for Cricketers’ Fund Friendly Society.

The novelty of the contest was two-fold. While the obvious one was the classification based on smoking habits was innovative, perhaps a more remarkable concept was combining the two teams. Indeed, both teams had smokers and non-smokers.

The match started amidst much hilarity when Smokers, led by Lord Harris, took field smoking cigarettes. Though Ted Peate bowled a splendid spell of 6 for 30, George Bonnor’s 124 — the only score in excess of fifty in the entire match — took Non-Smokers to 250.

Then WG (5 for 29 and 3 for 63) took over, bowling out the hapless Smokers for 111 and 152. The runs were polished off for the loss of one wicket. The two most famous beards of cricket — Grace and Bonnor, for once, in the same side — combined to lead a rout.

The purpose was served. Though the match ended in two days, the crowd was good, and the gate receipt amounted to a substantial £561.

However, the most apt finish came when Bonnor (who played for Non-Smokers), celebrated the win with a solo victory lap walk around the ground — smoking a pipe.

Alfred Shaw took his men to Australia for a 30-match tour. This included two Tests, both played at Sydney Association Ground (later SCG). England scraped through by 13 runs in the first Test before pulling off a more comprehensive 71-run win in the second, thereby retaining The Ashes.

Wisden wrote of the team: “The team taken out to Australia in the autumn of 1886 was one of the strongest that ever left England for the Colonies.” All 13 members of the side — 7 of whom were from Nottinghamshire — were professionals.

There was an eight-day gap between the last two matches. Since the penultimate match was against a Sandhurst XVIII at Bendigo (150 miles from Melbourne), another fixture was scheduled at East Melbourne Cricket Ground.

The original match was to be played between Alfred Shaw’s XI (as the touring party was called) and Combined Australia. However, making a Combined Australia side was not possible due to unavailability of New South Wales cricketers.

Thus, the organisers decided to have a Smokers vs Non-Smokers contest. The rules were the same: one side consisted of smokers while the other did not; and players from England and Australia were split into two teams.

Billy Gunn, who had played for Smokers at Lord’s, now switched sides. He must have quit smoking in the interim period, though history does not throw a lot of light on this.

The Non-Smokers also included Billy Barnes, who had met with an accident in end-January. He played an East Melbourne XV six days before the match, took a wicket, but did not bat. He was hardly fit for the contest.

The match attracted four sponsors, and there were prizes as well. Andrew Ward listed them in Cricket’s Strangest Matches:

Random question: Is it me, or does anyone else think cigars are not the best possible prize for a non-smoker?

Arthur Shrewsbury had no hesitation in batting, and bat he did! He batted for the whole of Day One, finishing unbeaten on 183. The opening stand of 196 was, however, dominated by local star William Bruce, who slammed 131. Billy Bates fell cheaply, thereby missing out on the fun, but a merciless Gunn flogged the bowlers around the ground.

Gunn duly reached 104 by stumps. The score read 423 for 2 by stumps, which was more than commendable given that The Smokers bowling attack consisted of two all-time greats in Johnny Briggs and George Lohmann, and excellent support bowlers in Eugene Palmer and captain Henry Boyle.

To be fair, they unanimously agreed on the fact that the pitch was too flat. Briggs was not amused. “I believe one ball in my last over nearly broke a quarter of an inch,” a disgruntled Briggs said.

The run-fest continued on Day Two: Shrewsbury (236) and Gunn (150) eventually added 310 before both fell in quick succession. Richard Houston, Harry Musgrove, Jack Worrall, and William Cooper all contributed, and the Non-Smokers finished Day Two on 792 for 8 as their opponents as good as went up in smoke.

After the sixth wicket had fallen on 686, the seventh had accounted for another 104. During the partnership Non-Smokers went past 775 — the existing highest First-Class score — set by New South Wales against Victoria in 1881-82. Murdoch (321), Sammy Jones (109), and Tom Garrett (163) were the heroes on that occasion.

Note: Alec Bannerman, the Daddy of all grafters, was at it again during the match mentioned above. Data related to balls faced or minutes batted is not available, but he opened batting and scored 30, and when he fell the score read 149 for 2.

Though Barnes was included in the match, he had injured his hand, and was not likely to bat. Cooper and wicketkeeper Mordecai Sherwin pushed the score on the third morning to register the first 800 in the history of First-Class cricket.

Soon afterwards, Cooper hit one back to Briggs, who finished with 4 for 141. Palmer (3 for 189) was the only one to provide some support. Non-Smokers were bowled out for 803.

Note: At that point the highest recorded score for any form of recorded cricket was 920 by Orleans Club against Rickling Green in 1882. GF Vernon (259) and Arthur Trevor (338) were the architects of the monolithic effort. The pair put up 605 for the second wicket. Unfortunately, the match was not granted First-Class status.

The bowling heroes, Briggs (113) and Palmer (86), belted their non-smoking counterparts around the ground, taking the score to 204 for 1. Though both men fell before stumps, the Smokers finished the day on 302 for 3. They were 501 runs behind, but it was unlikely that the Non-Smokers would take 17 wickets in a single day.

Bates had missed out while batting, but had been given new ball the previous day. He had taken Briggs with his off-breaks on Day Three. Here, on the final day, he ran through the Smokers, finishing with 6 for 73. From 302 for 3 the Smokers finished on 356, and Shrewsbury enforced the follow-on.

There was, however, not sufficient time to inflict an innings defeat. Briggs followed his four-wicket haul and 86 with 54, and the score read 135 for 4 when the bowler ran in to bowl the last ball to William Scotton.

Scotton was no ordinary batsman. If Bannerman was the greatest stonewaller of all time, Scotton was certainly a worthy challenger. Though he was one of the finest professional left-handed batsmen of the 1880s, he was more renowned for his uber-defensive approach to batting. When he scored 34 in 225 minutes the previous summer (in a 170-run stand with WG), Punch came out with a parody that started “Block, block, block / At the foot of thy wicket, O Scotton!”

Scotton was keen on having a souvenir of the match. After all, it was a record-breaking match — and what better souvenir can there be when you can have the ball?

So he went for it. He had made up his mind as the ball approached him. He defended the ball and immediately picked it up, thereby beating the fielders to it. However, the umpires had not yet called stumps, and Shrewsbury appealed. Scotton was given out handled the ball — though he managed to retain his coveted souvenir.

The Smokers finished on 135 for 5. They were still 312 behind, but time had run out. The promised cigars were distributed (it would have been ideal if they filled an urn with the by-products), but one must agree that Scotton got the biggest trophy of them all.

The record for the highest First-Class team score changed hands in 1893, when the touring Australians piled up 843 against Oxford and Cambridge Universities Past and Present.

So, given the results, would you prefer to be a smoker or non-smoker? 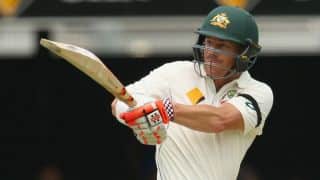 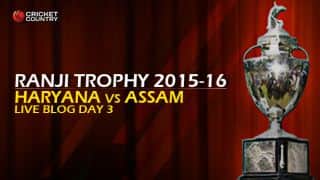