Ashes 2013: David Warner should open for Australia in 4th Test

Ashes 2013: David Warner should open for Australia in 4th Test

David Warner was promoted to his favoured opening slot in the Australian batting order during the third Ashes Test in Manchester and looked like he belonged there. Sarang Bhalerao explains why Warner should open the batting for Australia in the Ashes 2013. 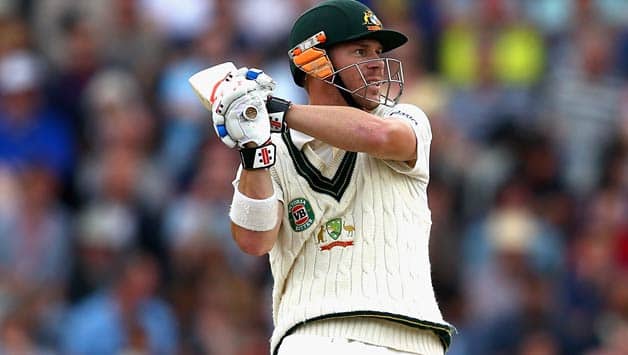 David Warner was promoted to his favoured opening slot in the Australian batting order during the third Ashes Test in Manchester and looked like he belonged there. Sarang Bhalerao explains why Warner should open the batting for Australia in the Ashes 2013.

The role of an opener has evolved since the days of the Huttons, Boycotts and Gavaskars. In contemporary cricket, the concept of giving the first hour to the bowler is sporadically practiced by the openers. The likes of Matthew Hayden, Virender Sehwag, Chris Gayle and Sanath Jayasuriya have redefined that role in modern times. It is the impact of these players that hurts the opposition. David Warner can be bracketed in that category. Reinstating him at the top can help Australia in the remaining Tests of the Ashes 2013.

At the start of the Ashes, coach Darren Lehmann announced that Chris Rogers and Shane Watson would open the batting. Rogers has a lot of experience in the county circuit, so the decision to open with him was understandable. Watson is a high impact player — agreed, but has a lot of technical flaws. One of those flaws was exposed by the English pace battery as bowling straight proved to be the best bet to dismiss him. Watson played down the wrong line and England, it seemed, had a measure of him. In the third Test at Old Trafford, Watson played the straight ball well — presenting the full face of the bat and not thrusting his pad too far across. However, with his score on 19, he played down the wrong line and presented an easy catch to first slip.

Watson has failed to get a fifty in five innings and it would be very difficult for him to regain his confidence in the middle of the series. Make no mistake Watson has got starts — 13, 46, 30, 20 and 19. The inability to convert these enterprising starts into big scores is evident there. It will not be a bad idea to drop Watson down the order and give him the licence to play his natural game. For starters, he plays spin really well and can put off Graeme Swann — who has created doubts in the minds of the Australian batsmen.

Watson has only two centuries as an opener in 45 Test innings — the last one came way back in 2010 against India at Mohali. In 2013, he has looked out-of-sorts and it is high time he drops down the order. He presents Australia with a bowling option and has the propensity to trouble the best with his military-medium pace.

Watson should give way to Warner at the top. Warner has done well since he broke into the Australian Test team. He has his own way of getting on top of the bowlers and backs his natural ability. His maiden Test century was a brilliant 123 not out against the trans-Tasman rivals New Zealand at Hobart. It was a solo effort on a lively track where Australia failed to chase 241. It was only his second Test and an innings of such quality early in his career showed that he could be the torchbearer of the Australian batting order.

Warner’s two other Test hundreds — 180 against India at Perth and the 119 against South Africa at Adelaide — were both attacking knocks which were proof of his precocious talent. Some of the shots were audacious yet measured. It was as if he was playing a Twenty20 game with his white flannels on. But, his off-field antics were in focus and had to sit out of the first two Ashes Tests. He scored an attacking 193 against South Africa A and made a strong case before the action shifted to Old Trafford.

Warner got the nod ahead of Phil Hughes. Batting at No 6 in the first innings, Warner looked clumsy as he fell to Swann in an ugly fashion.  He edged a spinning delivery and was caught at slip after the ball brushed wicketkeeper Matt Prior’s right thigh. One thing was in focus — Warner’s struggle to start his innings against spin. In the second innings, his promotion to the top made him look at ease. The ball was coming onto the bat and he relished that challenge. He scored an attacking 41, which helped Australia extend their lead. Australia eventually could only manage a draw and England retained the Ashes. Moving ahead in the series, it is imperative that Australia have such an impact player at the top. Rogers too looks in good touch as he scored a sprightly 84 at Old Trafford.

Warner has a challenge ahead — of fighting against the crowd’s jeers and also the task of getting Australia off to a flying start. Australia need an early injection of momentum and he is just the right man to provide them with one.

Jeff Thomson's spell at Barbados in 1978 was the fastest I've seen: Tony Cozier