Ten years after hosting its first Test match, the Riverside ground in Chester-le-Street gets to host its first Ashes Test on Friday. On this occasion and the fact that England have already pocketed the series, Prakash Govindasreenivasan points out that local boy Graham Onions deserves his long-awaited Ashes debut. 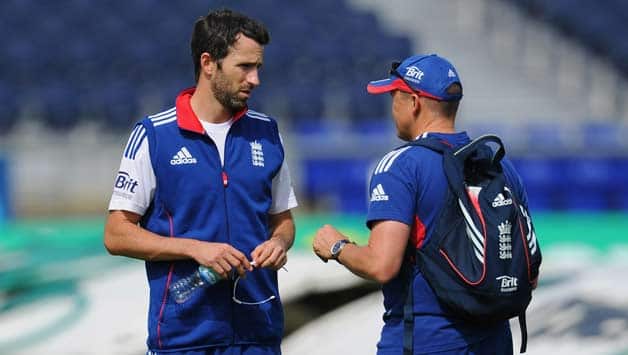 Ten years after hosting its first Test match, the Riverside ground in Chester-le-Street gets to host its first Ashes Test on Friday. On this occasion and the fact that England have already pocketed the series, Prakash Govindasreenivasan points out that local boy Graham Onions deserves his long-awaited Ashes debut.
With an insurmountable 2-0 lead in the Ashes, England skipper Alastair Cook needs to take a closer look at the option of resting some of his crucial performers. The fact that these two sides will meet again in a few months’ time in Australia for another round of five Tests needs to be considered before the hosts name their final line-up.

The importance of managing the workload of the likes of James Anderson and Stuart Broad will be extremely crucial. They may have retained the Ashes but it could be lost in a span of months if they fail to provide adequate rest to some of their top players.

In this context, it would work well for England to hand a comeback for local boy Graham Onions. The 30-year-old fast bowler picked up nine wickets in Durham’s county game against Middlesex on Thursday. However, Onions may have a hurdle in the form of Steven Finn in the way, who picked up four wickets in the same county game for Middlesex.

Yet, the idea of fielding Onions for the first time since June 2012 seems romantic. Not long ago, in 2010, Onions suffered an injury that threatened to bring an abrupt end to his career. He spent a little over two years on the sidelines with bleak chances of playing for England again. However, that chance came along in 2012 when he was picked for the Edgbaston Test against the West Indies. Ever since, he has continued to perform at the county level and has taken his First Class wickets tally past the 400-mark.

The England and Wales Cricket Board (ECB) need to recognize Onions’s urge to represent his country in the Ashes and give him a go on his home ground. If the Old Trafford Test was anything to go by, one can expect Australia to come out all guns blazing and play aggressive cricket. With David Warner’s return to the scheme of things, Australia will look to unsettle the English bowlers early on and score at a healthy rate and keep the momentum on their side. In such a situation, Onions could be extremely useful with his wicket-to-wicket bowling. There are hardly any loose deliveries on offer when Onions is in action and his ability to bowl full and straight could trouble the Australian batsmen.

It would be a script well written if Onions gets his Ashes debut on Friday. The story of a simple local boy, riding on disciplined bowling and a straightforward action, who put his heart and soul to make a stunning return after a major injury to make his Ashes debut can be shared with generations to come.