Through an excruciatingly narrow finish at Trent Bridge, Michael Clarke’s Australia managed to change perceptions of those who rated them as nothing but pushovers. However, a four-day affair at the Lord’s Test, with the home side clearly ruling over Australia like never before has well and truly brought the detractors back to life. Prakash Govindasreenivasan looks back at the one-sided action of the second Ashes Test and what lies ahead for the dreary visitors. Through an excruciatingly narrow finish at Trent Bridge, Michael Clarke’s Australia managed to change perceptions of those who rated them as nothing but pushovers. However, a four-day affair at the Lord’s Test, with the home side clearly ruling over Australia like never before, has well and truly brought the detractors back to life. Prakash Govindasreenivasan looks back at the one-sided action of the second Ashes Test and what lies ahead for the dreary visitors.

Anyone who followed the Trent Bridge Test keenly would have been tricked into believing that Australia would punch above their weight and give England a run for their money. However, it has taken just four days of cul de sac at Lord’s for them to realise their naivety. The critics of the current Australian cricket team, a clan that is growing in number by the day, had gone into brief hibernation following the first Test. But they are back, alive and kicking following Australia’s 347-run loss at Lord’s on Sunday.

Through this win, England have take a 2-0 lead in the Ashes for the first time since 1936-37 and look set to seal the series in Manchester. Here are some of the talking points from the game that belonged to England from start to end and what Australia needs to do to save themselves from further embarrassment. 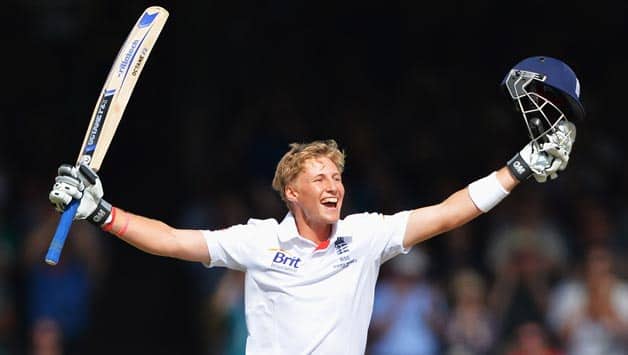 The 22-year-old English opener chose the big stage, dubbed as the mecca of cricket, to showcase his class and temperament. He had failed in both innings in the first Test and was dismissed for six in the first essay of the second Test.  Time was ticking and he reveled under pressure to play an exceptional knock and become the youngest Englishman to score a century at Lord’s in an Ashes Test. He earned a reprieve early on in the innings he made full use of the opportunity to stamp his authority as the future opening batsman of England.

Root showcased exemplary timing and played a few wonderful strokes through the onside. He seemed to have his coaching lessons at the back of his mind as his chin was upright throughout and he made sure he always came to the pitch of the ball, whether to play an exquisite drive through cover or just caress the ball behind square. There was a method to the art that was on display. His finished on 180, 20 runs short of a double ton.

The complexities of DRS and umpiring howlers

Two Tests down in the Ashes 2013, the fairest assessment of the impact of technology will be in the negative. One multiple counts, it failed to provide inch-perfect accuracy, for which it was introduced in the first place. Furthermore, the rules relating to the usage and the limitation of referrals per innings left the teams foxed on most occasions. In the first innings, Australian openers Shane Watson and Chris Rogers demonstrated how not to utilize the DRS on two different occasions. First, Watson went for review after being trapped plumb in front of the wicket and then Rogers took one for his team by not asking for a review when the ball was clearly missing the leg-stump. In the former case, Watson should have known better than to review such a straightforward decision. As for Rogers, he was only looking not to waste another review and had to sacrifice. Next up, Phil Hughes went for a review when a half-hearted appeal for a caught behind from the England fielders was upheld. Replays showed a faint nick and Hughes had to walk back. Even here, Hughes should have known if he had nicked it.

In the second innings, Hughes asked for a referral after Kumar Dharmasena adjudged him leg before wicket. A replay on hawkeye showed the ball hitting the leg stump and another Australian review went in vain. Steven Smith used up the second review after he was given out caught behind. He took a gamble that did not pay off as hawkeye showed a faint inside edge and sent him packing. This proved to be poor move, as Brad Haddin couldn’t challenge Dharmasena’s call to give him out leg-before. More mockery of the system followed when England decided to opt for a review when Ashton Agar was not given out. Alastair Cook & Co. felt they had their man but the hotspot did not show any edge. However, the third umpire decided to rule in favour of England based on audio evidence.

Another shocking moment came in England’s second innings. First innings centurion Ian Bell was lucky to stay on after Steven Smith took a good low catch of him at gully early on in the innings. The on-field umpire went upstairs and to everybody’s bewilderment, Third Umpire Tony Hill ruled in favour of England despite replays suggesting that Smith had just about managed to get his hands underneath the ball.

Graeme Swann spins a web around the Aussies

Despite the umpiring howlers, this Test match belonged as much to Graeme Swann as it did to the young Joe Root. Swann endured a tough time in the first Test, picking up just four wickets with two in each innings. However, he proved to be England’s most successful bowler at Lord’s, picking up nine wickets in the Test match.

His fifer in the first essay that saw Australia being bundled out for 128, set the tone for England’s comprehensive thumping of their rivals. He came back to pick up four more in the second innings and signaled England’s victory with the final wicket towards the fag-end of the fourth day.

While Australia continued to struggle on the field, their off-field problems were also on the rise. Cricket Australia had taken a ruthless path by sacking Mickey Arthur as coach of the national side just a fortnight ahead of the first Test. They appointed Darren Lehmann and hoped for the former all-rounder to get the side up and running. That hasn’t quite worked in their favour and to make matters worse, Arthur has claimed foul play on the part of the Australian board. Arthur accused the board of racial discrimination and also opened a can of worms by saying that he had to deal with a team where skipper Michael Clarke and deputy Shane Watson were at constant loggerheads. Irrespective of the credibility of any of these allegations, it only unnerves and unsettles the Australians who are already struggling on the field. Ashton Agar’s dream international debut involved receiving his baggy green from the former legend Glenn McGrath and going on to break his record for the highest score by an Australian No 11 a day later. He was picked ahead of the experienced Nathan Lyon at Trent Bridge and he responded well by showing a bit of skill with the bat. However, he could only pick up couple of wickets. Yet, he kept his spot for the second Test and failed to inspire with the ball once again. He could not pick a single wicket and was easily negotiated by most England batsmen for major parts of both the innings. While Swann troubled the Aussie batsmen constantly, Agar’s bowling lacked the attacking instinct. Even part-timer Steven Smith managed to do better.

Keeping multiple factors in mind, it will be ideal for Australia to bring in the experience of Nathan Lyon when the two sides meet for the third Test in Manchester.

Lackluster, inept and abysmal — there is no better way to describe the manner in which the Australian batting order went about the proceedings at Lord’s. Agar’s 98 at Trent Bridge and the fact that Australia managed to take the game so close, pushed their problems under the carpet. Now, following a shattering loss, it is back to the forefront and needs to be addressed with immediate effect. Head-to-head England have been dubbed as clear favourites mainly because of the solidity in their batting line-up. On paper, Australian pacers can give the England a run for their money but it’s the batting department which has let Australia down.

To make matters worse, Australia, who fielded some of the most devastating and spirited bunch of characters through eras, have been toothless. The Australia of the last decade would almost never go down without putting up a fight. They would be in a losing battle but would never bow out without putting an element of doubt in the opposition’s mind. That ‘Australian spirit’ or commonly known as the ‘Australianism’ is currently missing from the current team. Skipper Clarke, the last man standing from that glorious era, needs to infuse confidence in his teammates and show them the way in their pursuit of a comeback.

Whether they can find a way back in this series remains to be seen but it will be encouraging for the Australian fans to see their side putting up a fight again.