The Australian captain and his team had a great start and an even better ending to the first day of the second Test at Lord's. In between, they dawdled and faltered, which probably let England off the hook again in this seesawing series. 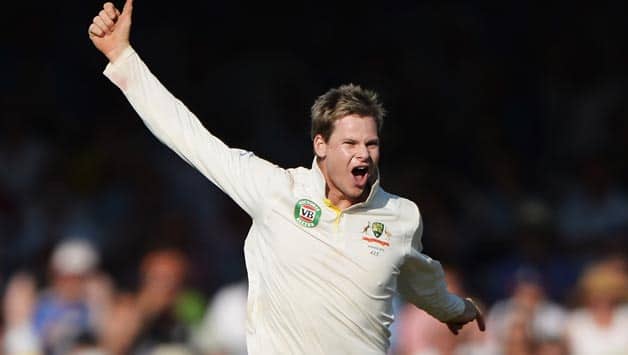 The Australian captain — Michael Clarke and his team had a great start and an even better ending to the first day of the second Test at Lord’s. In between, they dawdled and faltered, which probably let England off the hook again in this seesawing series.

To begin with, Clarke came up with a masterstroke to send his English counterpart back to the pavilion. James Pattinson was wayward in his first couple of overs, but it was evident there was enough swing and seam movement on offer with the new ball to trouble the English openers, if only the bowlers could hit the right line and length. Instead of waiting for Pattinson to settle down, and possibly losing the opportunity to strike with the new ball, Clarke took him off and brought on Shane Watson.

Hampered by injury, Watson no longer has the pace to be a real force as a bowler, but in these conditions the movement he got was dangerous. Alastair Cook soon fell victim to it as he was trapped in front by one that Watson bent back into him.

Ryan Harris, the replacement for the off-colour Mitchell Starc, followed it up with a double strike at the other end, showing again the virtues of having a proactive coach. All of Darren Lehmann‘s moves in this series have worked like a dream, and with a little luck, his team would have had the upper hand by now instead of being one down and on even terms in the second Test.

At 28 for three, England were tottering, but Jonathan Trott and Ian Bell got together in a restorative partnership. This is where the Aussie captain possibly allowed the game to start slipping away. It was strange to see Peter Siddle, the most successful bowler for Australia in the first Test, kept out of the attack for so long, while Clarke repeatedly turned to Pattinson.

It’s easier to make this call on hindsight, you might say, because Clarke may have been justified in thinking Pattinson was more the sort of bowler who could exploit the hard pitch at Lord’s, which had more bounce than the wicket at Trent Bridge. But Pattinson was clearly out of sorts and unable to maintain pressure on the batsmen, dishing up too many loose deliveries for easy boundaries.

It was Harris again who broke the partnership after lunch, but Jonny Bairstow joined Bell in continuing to resurrect the English innings. Siddle then produced the ball that has proved to be Bairstow’s undoing time and again. A fast inswinger, following an away-going ball, bowled Bairstow neck and crop as he closed the face of the bat in playing across the line. This is where England got a huge reprieve as Siddle’s boot only had to be a millimetre further back for the third umpire not to declare it a no ball.

Australia had only themselves to blame, of course. Even earlier, Harris’s front foot was perilously close to going over the line on the ball that dismissed Joe Root. And in the first Test, had they kept a referral in hand instead of using them up in injudicious challenges, they would have had Stuart Broad’s wicket and probably the match.

Siddle tried hard to reproduce the ball that got Bairstow, but the English batsman was wise to it by then. The ball steadily lost its sting too, enabling Bell and Bairstow to put England back on top.

It was here that Clarke again missed a trick. He forgot he had the leg-spinner Steven Smith in the side, and that England tend to freeze when confronted with one. Another leg-spinner was in the commentary box, Shane Warne, and he was eager to see Smith bowl about halfway through the second session, but it took Michael Clarke about three hours of the Bell-Bairstow partnership to finally throw the ball to Smith with a few overs to go before the new ball became due.

Smith is no Warne, of course, and dishes out at least two hit-me balls every over, but he does give it a rip and can produce the wicket-taking delivery when it comes out right. This he did on Thursday not once or twice, but thrice. The way Bairstow gave a return catch off an in-dipping full toss underlined how late the Aussie captain had been in turning to the leg-spinner. Bairstow looked vulnerable against Ashton Agar too, but the youngster was handicapped by a cut on his index finger and wasn’t able to tweak the ball as much as he did in the first Test. Whatever the reason, Clarke erred in carrying on with Agar for so long, and also giving Pattinson as many as 18 overs on a day when he looked the least likely among the bowlers to take a wicket.

Fortunately for Australia, the penny did drop in the last hour of play, and Smith’s three wickets in six overs restored parity in the match. Now, if Harris can gobble up the English tail with the new ball on the second morning, this series will get even more interesting.