Ashes 2015: Australia should pick Brad Haddin for Oval Test to give him proper send-off

Ashes 2015: Australia should pick Brad Haddin for Oval Test to give him proper send-off
By Amit Banerjee

The trio of Michael Clarke, Chris Rogers and Brad Haddin are set to retire from the game at the end of the series, with Haddin having lost his place to Peter Nevill earlier in the series. Amit Banerjee summarises why Australia should feature all three in the final Test in order to allow them to make the most of their final opportunity.

Australia stand broken and humiliated — a state that one does not usually find them in. The innings and 78-run defeat in the hands of England at Trent Bridge was the cherry on the cake in their disastrous Ashes 2015 campaign — one that saw the current world champions get outplayed in all departments. READ: England thrash Australia by an innings and 78 runs to regain Ashes

The 2015 edition of the Ashes comes to a close with the fifth Test at the Oval, the first day of which is scheduled to take place on August 20. The visiting Australian team will look forward to ending the nightmarish campaign that saw them surrendering the urn to their arch-rivals at Trent Bridge on a positive note.

While the impact of the losses at Sophia Gardens, Edgbaston and Trent Bridge are likely to haunt the current squad for some time, one can bank on the Australians to give their best for one final time in the series. With the trio of Clarke, Rogers and Haddin likely to retire following the conclusion of the series, the Australian team should put their best foot forward in order to give their old stalwarts the send-off that they deserve. READ: Michael Clarke announces retirement from international cricket after Ashes 2015

Of the trio, Haddin is the one that faces problems when it comes to selection. Things were completely different for both Haddin and Clarke after ICC Cricket World Cup 2015 when the duo announced their retirements at the best time possible in order to prolong their Test careers. While Rogers and Haddin had made his intentions to retire before the start of the series, Clarke made his mind up following a terrible loss of form and his team’s woeful performances in the ongoing series. READ: Matthew Hayden criticises Brad Haddin’s omission

The axe landed on Haddin following the team’s 169-run loss at Cardiff after he pulled out of the Lord’s Test and debutant Peter Nevill sealing the spot with a half-century at Edgbaston. Now that Haddin is going out in any case, the team management can consider picking him in place of Nevill for the Oval Test alongside Clarke and Rogers, allowing their lamps to burn the brightest before extinguishing. READ: Peter Nevill admits ‘complex situation’ after axe of Brad Haddin

Haddin has not always had the best of fortunes. Adam Gilchrist’s dominance for over a decade ensured very few opportunities for other wicketkeepers during his era, with Haddin being among the unfortunate glovemen of that era. He was made to wait till the age of 31 before he could debut in Tests. While he might not have fulfilled most of his cricketing desires, he will want to end it with a bang.

Australia have been known to give their veterans fitting farewells. Glenn McGrath, Shane Warne and Justin Langer were given an emotional farewell after Australia’s 5-0 triumph in 2006-07. On the other hand, Ian Healy and Mark Waugh were both shown the gate unceremoniously. Though the war is already lost, Australia would aim to win the final battle. 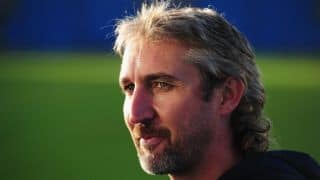