Ashok Patel was among the many spinners that Saurashtra produced, but failed to impress at the highest level.

Ashok Patel, born March 6, 1957, was an off-spinner who was picked for 8 ODIs in the 1980s. On the domestic front, he was an all-rounder for Saurashtra as his batting was also handy. Nishad Pai Vaidya looks back at Patel’s career.

Ashok Patel was an off-spinning all-rounder from Saurashtra who played 8 ODIs for India. In a land that has produced numerous spinners, there was a small void in the 1980s when India searched for options. Patel came as one of those tweakers India tried in the 1980s, but he didn’t impress too much and didn’t have a long career at the helm. It is interesting to note that Patel did not play Test cricket and his international career was limited to ODIs.

Born in Bhavnagar, Patel played for Saurashtra Under-22s in 1978. He then made his First-Class debut in the 1979-80 season in the game against Maharashtra. His first four seasons for Saurashtra weren’t all that successful. In 18 matches spread across four seasons, he had taken only 19 wickets. In fact, his batting was more impressive as he did get 6 fifties. But then things turned around in the 1983-84 season.

Patel began the 1983-84 season by playing for the West Zone against the touring West Indies. Then, in his first Ranji Trophy game that season, he took a fifer against Gujarat. That run of form continued through the season with another five-wicket haul against Baroda towards the end. In seven matches that year, he took 25 wickets at 28.32. His form with the bat wasn’t as good as he averaged around 29. Nevertheless, the call to play for India came about when Australia toured India in September-October 1984.

Making his ODI debut against Australia at the Jawaharlal Stadium, Delhi, he took 1 for 27 in his ten overs. Kim Hughes was his first victim. He did not get to bowl in the next two games as there was no result. In the fifth ODI of that series in Indore, Patel recorded figures of 3 for 43. Chasing 236 in 44 overs, Australia got there without much trouble. It was only Patel who struck at regular intervals to dent them, but his effort could not stop an Australian victory.

Patel did not play on the tour to Pakistan that followed and only returned for three more ODIs against England in late 1984 and early 1985. In those games, he could take only two wicket and then was never picked again. In his last game at Nagpur, he was the most expensive bowler conceding 54 runs in his 10 overs.

The 1984-85 season was much better on the domestic front and his selection had in fact coincided with that. In 7 matches, he took 32 wickets at an average of 25.90, with a best of 6 for 32. He played for four more seasons thereafter, but with moderate success. He never quite hit the same mark as a bowler. But, in his penultimate season, he did average over 47 with the bat, with 3 fifties. The 1988-89 season was Patel’s last. 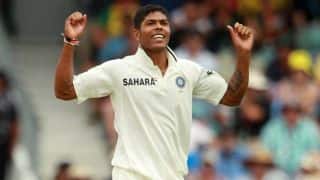